Manuel Looked for a New Life 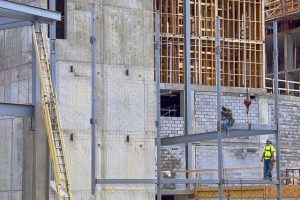 As I was interviewing Manuel, 44, who was born in Jalisco, Mexico, I figured out things about his past and his life that could be the reasons that things are the way they are. Manuel has migrated from Mexico to California and currently lives in East Palo Alto. He likes to take his kids out and to provide them with the things they need so that they are able to be successful in the future. He wants all his kids to attend college so that they can get advantages and struggle less like immigrants do to find high paying jobs. I’ve decided to interview my father because I think that he has really stuck to his responsibilities and he’s done everything he can for us, even though his past wasn’t very pleasant. He found ways to give us what we need even if it’s hard to do so. I think he’d be interesting because his past was abnormal to me and others in my family, it’s a great aspect to focus on and a way to emphasize how hard it is for immigrants.

Manuel has been in the US for more than 17 years. He moved here specifically to bring his family here as well as to be able to improve their lives, so that they would get educated and be successful. He knew that it was the best decision for his family and making their lives easier. He believed that his kids shouldn’t have the childhood that he had. He was abandoned by his mother at the age of 11. His mother had chosen her lover over him and his older sister and watched as her lover kicked them out into the streets. Manuel includes his anger and disappointment towards his mother for choosing a guy over her children. He felt like he had grown up with no parents. He struggled to get food and to find shelter. He recalls sleeping in the bus stops and his sister collecting newspaper to cover him at night so that he wouldn’t shiver. He conveyed this as harsh and cruel and he delineated how his sister would stay awake every night to make sure that no one would harm him over night. He was willing to do anything to be able to help his sister since she was so helpful.

With lots of emotion, Manuel indicated to me how he wished that he had grown up with the things that kids have now. He emphasized that he would never leave his kids for anyone else. With a childhood like this, Manuel took in consideration the thought of coming to the U.S. to help his children grow and have a better future. With this in mind, Manuel began to plan his trip to the U.S with the help of others who had migrated.
To consider his journey to the U.S, Manuel talked to his friends which lived in the U.S and his friends persuaded him that life would be easier in the US and that he’d get paid more if he were to move here. He began to think that it was beneficial and that it all sounded like a good idea.

To prepare himself for this journey he began to collect money for this trip by working extra hours and he began to pack the things that he would need for what was to come his way. When he was ready, he took the bus toward the border with Texas where he met the guys that were supposed to help him cross. He was then taken to a house where he stayed for 15-18 days with just food and water, but he was not allowed to leave for safety reasons. After those days he was taken to the place where he would cross the border. He was then told to cross the river. In addition, he began to walk for an hour and a half until they got to their destination, and he was picked up again by others that would transport them to a different destination. Their new destination was a different house that was settled in Houston, Texas where he stayed for a month. He waited for his turn to get on the trailer which would take him further across the border. He was then kept in another house which he was put into a truck where they fit 16 people. Furthermore, he walked 3-4 days until they reached Los Angeles. When he reached Los Angeles, he paid $500 to get a ride to Redwood City where he was picked up by his friends and where he would stay.

When Manuel first arrived to the place he was told to stay. He first thought that he didn’t like it and that all he wanted to do was get to work and go back to Mexico. He noticed how the people would look at him and judged him for his differences. It was hard for him to settle and fit in with everyone else because everyone spoke English and he didn’t. He began to look for work where he then found himself working in a restaurant, where he didn’t make much money, but it would only be enough for himself. Manuel began to save his money for his family. He got to a point where he had saved enough money to bring his wife and his first kid (Alex) to the US. While he waited for them to cross the border, he found ways to make their trip easier and he continued to work for the restaurant.

Within some years of working in the restaurant, he was offered a better job where he would get paid more, which would be harder, and that was construction. He began in a construction company and has been working for the same company for more than 10 years. Until this day, he has been proud of migrating to the US and doesn’t regret crossing the border.

Manuel considers his life good and worth the suffering. He likes that everyone here has the same opportunities to be successful if they seek for the help that is needed. He has gotten comfortable with the way that things work around here, and he has learned to speak English which has been beneficial. Sometimes he thinks about how Mexico was a place where there is lots of fun, and he takes in consideration of how the beaches were so nice. However, he does not want to go back to Mexico. He thinks that he wouldn’t move voluntarily because things are better in the US, and he feels like he would not be the same if he goes back to Mexico. He seeks opportunities, and he thinks that the best place to find them is in the US. Through struggles and pain he shows that everything has been worth it and that he was joyful for the actions that he had taken which benefit him until this day.

Manuel was interviewed by his daughter, Lizette, a student in East Palo Alto, CA.