Love and Marriage Bring Her to San Jose (Philippines) 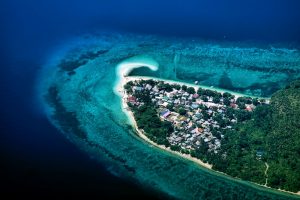 Cebu, Philippines, near where Maria grew up. photo by Junho Lee

My coworker, Maria Minoza grew up in the Philippines and was born in Bohol. In 2018, Maria flew to the United States for the first time a day after she married her husband. On a previous trip to London she met her current husband and reconnected later in Hong Kong. Their love story began from there. He visited Maria a lot and they talked over the phone when he couldn’t. Eventually they got married in the Philippines and a day later, came to America.

Life in America was hard to get used to at first, especially after leaving family and friends, including her four siblings and parents. Although they were worried for her, Maria’s friends and family supported her move into America.

There were many differences Maria noticed in America, compared to the Philippines, like how fast and fancy the cars are here and how large our serving sizes are! Growing up, Maria would eat rice three or four times a day in the Philippines, so seeing the variety of the food here was surprising. Maria mentioned how hot and humid it was there and that there was always so much traffic. America also has much wider roads.

Although, Maria did admit she had more fun in the Philippines. She also loved the nice beaches in the Philippines.  Another large difference Maria noticed was the amount of most salaries in America. In the Philippines, Maria was only making around $700 a month, which is pretty small in America. Maria worked at an airport for around two years after getting a degree in airline management. Thinking she had a separate job lined up, Maria left the airport but was disappointed to learn that the job she thought she was getting was terminating and not hiring Philippino workers. She then ran a water station business until she moved to America and got a job working with me at Olive Garden!