The Life of A Hidden Soul 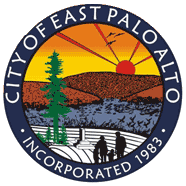 The city I am ORIGINALLY from. This, this is MY hometown. Image by East Palo Alto (http://www.ci.east-palo-alto.ca.us/) [Public domain], via Wikimedia Commons.

I thought it was another neighborhood shooting, so I went back to sleep. Next, all you hear is sirens. My sister Lisa said, “Baby sis wake up, the shooting was close by our house.”

How can someone live in a great home but end up having a bad upbringing?  How can someone come from nothing and become something? Well, that’s what you are about to hear right now.

See, now I didn’t even live in Mexico, I should say. Just know I was born in a small hospital up the road from my father’s family’s house.

My mom, she was born in Mississippi. Then when she was 5, she moved to East Palo Alto to be with her mom. Long story short, I don’t say Mexico is my original country, I just happened to be born there. To be honest, I don’t even know why my dad was there. He was a “Black – Puerto Rican.” He wasn’t even born in Mexico, he was born in New York — the Bronx specifically. During the ‘40s – ‘60s, it was filled with Dominicans and Puerto Ricans. It was like that’s where they were originated from.

Around the 1970s, they went on a vacation to Mexico for about a couple of weeks. During that vacation, I was born. I wasn’t even supposed to be born there, I was supposed to be born in the Unites States. So instead of staying there longer, they came back.

Driving a fresh new Cadillac, my mother, father, and 4 kids packed up what was needed and started their journey back to East Palo Alto. The journey was “an adventure,” my mom says.

When they got to the border, everything went better than they thought it would go.

Driving from one place to another made her feel free. Me, a week-old baby, on the other hand, my older siblings said all I did was sleep, eat, and cry.

Around a day later, on April 28, 1977, my family pulled up with a brand new surprise for my grandparents. It was me! My grandparents were surprised that they had survived with me in the car. Not only that, they were surprised by how eager my parents were, neither of them were concerned or afraid of me growing up in one of the dangerous cities of the Bay Area at the time.  Learning things in English was tough for me. I was always with my dad’s side of the family, so I grew up speaking more Spanish than English. I even went to school late because I couldn’t catch on. But when I did, I was on a roll. I was put back in my original class and most importantly, I was the star student.

Until fourth grade: that day was unforgettable. It was Thursday, March 20, 1986. On this day, the only important man in my life was gone — my dad.  They called him Poncho.

The day was great so far, my younger siblings and older siblings were off to school. The three youngest, Ivan, Eric, and I went off to Costano School. The three eldest, Lisa, Maurice, and James went to James Flood. We all got back home at the same time from school. Things were easy off for us. Especially being an upper-middle class family. As we were eating our after-school snack, that was the last time I saw my dad alive. He was off to work. He kissed his babies and wife goodbye and told us he will see us later tonight.

But he never did. Later that night, I heard 3 gunshots. Everyone in the house suddenly woke up. I thought it was another neighborhood shooting, so I went back to sleep. Next, all you hear is sirens. My sister Lisa said, “Baby sis wake up, the shooting was close by our house.”

Everyone is outside now. My mom’s best friend, which is my daughter’s grandmother, called her on the house phone and said, “Patricia, come to Costano, I think it’s Poncho.”  Costano is a few houses down from our house. My mom kept the kids with our neighbor while she runs to see if it was the love of her life. Me, Lisa, and Maurice run along with her, not caring what she told us.

Once we got there, Sue was right, it was Poncho, mi Papa. I never felt a tear come down my face until that night. I couldn’t move, I felt as if I were the dead one. I dropped to my knees and cried. All I wanted to do was run to my papa and hold him in my arms but I couldn’t. Those stupid ol’ fire people held me back. I didn’t care about anyone else at the moment, I started cussin’ and pulling on my long pigtails while my dad had a bullet shot in his chest, his neck, and arm.

The people immediately took him to the hospital. So my mama went along with the “bold kids.” As she was driving, she told us he was in a gang. “The vill,” she said. “The vill is one of the most dangerous parts of this city, and he was with it.” The Murderer is not to be said, but until this day, I laugh at him because he is on the streets, begging for money saying sorry for what he did to my father.

“Siempre te mantendré en mi corazón.” I will always keep you in my heart. My father always said that me. Everyday. “Now you gotta do that in heaven papa,” I said.

The family said their goodbye’s, that was one of the worst nights in my life. After that night, I became mean, tough, and cold-hearted. My elementary, middle, and high school sweetheart tried to comfort me but nothing was working. My friends tried cheering me up but I wouldn’t laugh, and our only supporter and helper was gone.

It was so damn hard for my mom to get back where we were again, my brothers started selling to help put food on the table. I would always fight people because they had the smartest mouths and couldn’t keep it shut. In high school, things were good again. I was one of the cool kids and was always around the big boys of the town, my brothers’ friends. There were some girls with us, but you had to be tough to hang with the crew. Walking around Redwood and Menlo, eating food at the local diner in East Palo Alto. Life was all good in the ‘90s.

After I graduated high school, I went to a community college then went to nursing school. During that time, my daughter’s father had 4 babies… (Yeah I know y’all probably think that it was from different women but it was all from the same woman) that I was soon to take care of. He got back with me and we made my only child and my main happiness, Lanaya Antoinette Maria Small-Johnson. Our family was financially stable and was able to get any and everything for our children.

Even though Lanaya’s dad and I didn’t last, he is still my best friend and he is well a part of our life. Being able to have a well-paying job that I love is the best. My dad was and is my motivation. He is the reason why me and my current family are well-off and succeeding.

Being a mother and a wife has made me realize that no matter what happens, you gotta keep it pushin’ because you know who truly loves you. Or what my dad will say, “Lo mejor vendrá, sólo tienes que creer.” The best will come, you just have to believe.

This story was written by Lanaya Small, a student in the Bay Area.