Leaving Poverty in Michoacan for Opportunity 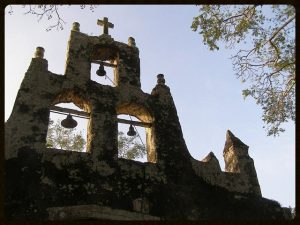 I was living in Michoacan, Mexico on a small poor ranch where it smelled like cows and horses. It was a ranch far away from the city and was surrounded by dust and trees where only our family struggled day by day. I had only gone to school from kindergarden to 6th grade which meant I couldn’t do anything else but help my parents. My dad didn’t really care if I had an education. I helped my parents work outside and inside the house. For example we did farming, and I took care of the animals and fed them and did hard labor work. I was just 10 years old and was working that hard.

Another reason why life was hard in Mexico was because it had a poor economy, limited educational opportunities, and had very few job opportunities. Since Mexico had these struggles my family had to experience that too. We were poor, uneducated, and unemployed. Sometimes we could only eat a limited amount of food since we were a family of 12.

I crossed the border by walking in one night and I got help from a coyote. Imagine the smell of dirt on a night when it is hot and you are trying to cross the border. I was with Argel and Jorge but when we got to the border we saw many other people trying to cross the border. I had brought my identification with me and clothes and just personal stuff. That’s all we really needed. We didn’t really experience anything bad. But one thing that really stuck with me was when we were in Tijuana walking in the town we passed by a Cathedral Church and a little boy came to us and asked us if we can help him ring the bells of the church. We said yes, so he took us all the way up and we rang the bells. My parents did not really tell me much when I left. They just told me to take care and to find something we would live off of.

Arriving in America was pretty tough. It looked like I wouldn’t have much of a future here. I didn’t really have a job. I worked one day somewhere another day somewhere else for about 2 years, so I was constantly moving around. Imagine going from one job to another with different people. After 3 years, I finally got a permanent job which was painting and that is where I decided to stay.

So after 25 years, I formed a family and now I permanently live in Redwood city and now I belong in Redwood City. If I went back to Mexico I would feel weird because I haven’t been there in so long. It would be nice visiting Mexico but I would not move over there to live because here in the United States my 3 children have big opportunities and I want them to take advantage of it.