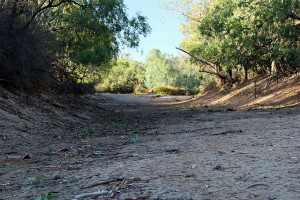 It was a normal day in Mexico Lazaro, Cardenas Michoacan. My mom was working en palacio municipal de Michoacán. It was hot outside, I was in school, and my dad was working en la terminal portuaria de contenedores. It was the same kind of day as always. After school, I would always stay at my grandma’s house, I would always eat at her house and play with my cousin, since my mom would get out of her job late. I would sometimes even sleep in my grandma’s house. In the day, it smelled fresh. I would always hear laughter outside. And in the night, I would hear cats crying all the time; dogs killing cats and cats fighting with each other.

We left Lazaro Cardenas Michoacan because there was this day that my dad hit my mom because he was drunk, and mom didn’t want to do the thing that he said. My dad would get drunk often since we had a lot of parties in the house and he would always get drunk. There was this one day that my mom got really tired of my dad hitting her, so my mom was talking to my aunt saying that she was going come to the U.S because my dad was hitting her and she didn’t really get paid a lot. And so we can get a better life and better education.

One day like at 6-7AM in the morning, we left because he was working so my mom got her chance to leave the house. She didn’t tell me why or nothing. We just left to the bus station. From there we went to some house, and we didn’t know the people that lived there. Some people came in a truck. Next, the people told us that we have to get into the truck in order to cross so we did. We were just in the truck and there were some policemen outside. They stopped the truck. After they stopped us they asked, can we check your car? The person said no. He explained the situation and paid him so he wouldn’t do anything. The police just let us go.

The guy said that we only need 30 min to get there. When we got there, it was a desert. I still didn’t get where we were going so I just started walking with my mom and like 5 more guys. My mom was only girl that was with them. We walked through the desert for like 3 hours before it got dark. We stayed in some dry river. After 5 minutes of being there, the people started screaming “el pajaro, el pajaro” which stands for a police plane that flies on top of the desert to secure no one is passing by or something. Two guys and I went inside a cave that was right next to us. It had a beehive. I got stung 2 times the other guys, not sure how many times. My mom hid by a tree that had thorns. She got poked by them really bad. After that plane passed, we went to sleep in that same dry river.

The next day, we woke up and started to walk again. We really needed water, so we found something where the cows drink water, so we went there and we got water. But first, we put the water in a bottle. Then in another bottle, we used a ripped shirt and we started pouring the water inside the other bottle so it can be kinda clean. After, we kept walking until it got dark again. We found some army camp. There was some light there that if the light touched you, the alarm would sound so they had to carry me until we got to the other side. Porfin, I said. There was a truck waiting for us on the other side. We got on the truck and left. The taxi came and took us to the Jack in the Box on Broadway Avenue. Finally got home.

When I first arrived to the U.S., it was hard for my mom and I because we didn’t know anybody from here but my grandma and sisters. My first time going to school was on a Tuesday. I didn’t know English so it was really hard for me to understand the thing that the teacher was saying. After a few months of being in California we left to Washington State. in Washington we had family, but it was still really hard for me to understand English so in the school that I went to they did actually did have a Spanish class that really helped me. After I understood English kinda well, they put me in a class where they only spoke English. I lived in Washington for about 4 years.

Now we are doing good. My mom is a single mom that has been a mother and father to me for the past 8 years. I go to High School and I love it here. My mom left her old job to spend more time with me and my sisters. Now she works in a hotel. And to keep doing good, we are giving thanks to God, and the hard work of my mom to pay all the bills, buy us food, buy us clothes and also for paying my sister’s scholarship. She has to work more than 40 hours every week so that we can keep going in life. I want to thank God and my mom for all the things they’ve done for us, and I hope to keep going in life, never give up, and be someone in life.

This story was written after an interview of his mother. The author is a 9th grade student in Redwood City.