Joining Her Husband to Create A New Life (India) 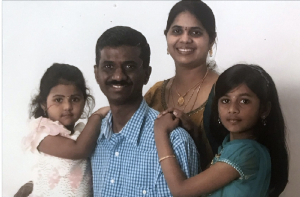 Take me back to when you were still living in your home country?

I lived with my mother, father, younger sister, and older brother. We lived in a small house because we were a middle-class family. My sister and I would even share our clothes at times because we didn’t have many. But I never complained because I knew how hard my parents worked to raise us.

What were some of the challenges you had to go through when you were younger?

→ My brother was the most difficult person to deal with at the time. He dropped out of school and never paid attention to my mother. Even today, he rarely listens to my mother and always does what he wants. My mother had to care for him when he was young and continues to do so to this day. He has a wife and two children, but he is unconcerned about money. When I think about his family, I get scared because I don’t know how they would survive without our help.

What made you leave your home land?

Describe how you felt when leaving your parents?

→ It was frightening at first; I recall pulling an all-nighter the night before my flight to the United States. Since I was so used to being with my parents, I was terrified of leaving them alone. It was difficult for me to leave after living with them for nearly two decades.

But, at the end of the day, I had to do the right thing, so I left and traveled to the United States.

What were the challenges you faced once you came to the U.S.?

→ To be frank, the language barrier was the most difficult obstacle I encountered. My English was not well developed when I first arrived in the United States. It was difficult to understand what I was trying to say because I spoke in bits and pieces of English. As a result, many people began to mock and look down on me. If I go to the store to buy groceries and ask the cashier a question, the cashier will look at me in a certain way, as if he or she is mocking me.

I also recall taking my children to a store to purchase Halloween costumes. And then there was this lady who collided with my car and made me take full responsibility. She was well aware of my weak understanding of grammar and language, so she took advantage of it and began to threaten me. It got to the point where the cops were called in. Adapting to this new world and culture was also a challenge for me. I wanted to fit in with the community, but I didn’t want to lose sight of my own origins, so it was difficult for me to do so. In the beginning, I was really homesick because India is always noisy and people are everywhere. In contrast, in America, it is very quiet, and for me, it was even worse because I would spend the whole day alone at home. My husband would go to work while I stayed at home and studied. Overall, it was a difficult experience.

Migration can be hard. Where did you find strength in difficult times?

→ Yes, I totally agree. Anyone’s mental state can be impacted by migration. The idea of moving to a new place had a huge effect on me. I was initially excited to go anywhere other than India. But when the time came for me to leave all of my friends and family, it hit me hard. I began to miss home after arriving here. I even cried alone on occasion because I missed everyone and it was becoming too lonely. During these times, I normally devote my time to studying Botany. I decided to get a science degree at the time, so I spent my time studying for it. I also started to be more interested in god and religious matters. To help me boost my confidence, I’d start praying and reading spiritual books. When I was depressed, these were some of the things I would do.

Who was most helpful with getting you settled? 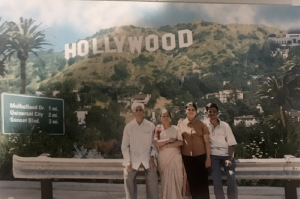 →Despite the fact that no one was there to assist me in settling in, I had some moral support. My husband, as well as my mother, would help me. Every day, for at least three hours, I would call my mother. I wouldn’t have been able to adjust to this new environment without her.

What are you hoping to accomplish in the future?

→ In the future, I intend to assist both of my daughters in getting into good colleges and maintaining themselves in life. I want them to have a happy life with no future challenges.

What is the thing you are proudest of so far and why? 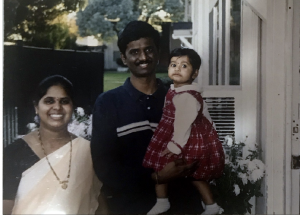 → I am proud to be the mother of two wonderful daughters. They are my entire world, and I can’t imagine a day without them. Even sending my older daughter to a distant college makes me nervous. They always help me when I’m stuck and bring joy to my daily life. And, of course, I am proud to have such a great husband who looks out for everyone.

If someone you knew were planning on coming to this country or community, what would you tell them to expect?

→If I knew anyone who was planning to visit the United States, I would tell them the truth. I’ll tell them about my background and what they should be aware of if they plan to move. I’ll go over the advantages and drawbacks of moving to America.

This interview of Mani Samudrala, was conducted by her daughter, Sreekari Samudrala, a student at Irvington High School