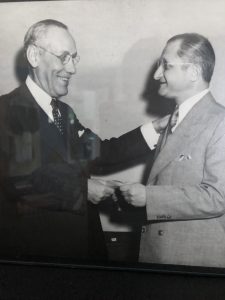 David Weber immigrated from the Pale of Settlement, Russia (now an area in Ukraine) in the late 1800s, at around 20 years old. The Pale of Settlement was an area in the Eastern section of Russia where Jews were required to live by the Russian Czars at that time. Living in the area limited opportunities and freedoms for Jews that were afforded to citizens not of Jewish background. Another reason David wanted to emigrate was because conscription in the Russian army could last for 25 years. To escape this, David and his wife, Augusta, left Ukraine in hopes of a life with more opportunity and freedom in America.

They landed on Ellis Island, later moving to Philadelphia. Once in America, they had four children together- Matilda, Lena, Isidor, and Henrietta.

David and Augusta arrived in America with barely any money. However, they came with ambition and a desire to make a better life for themselves and their family. A story that passed down the family to Joan Sperans, his great granddaughter, is that one day in the late 1890s, he was walking down the street and found cardboard. He picked it up, thought to himself that he too could make it, and started his own company making paper boxes. He and Augusta worked arduously in that paper box company, and built the company, now called “Weber Display and Packaging”.  Thus, they came to America with nothing, but built success and ended up amassing a large amount of wealth based on their ideas, creativity, and hard work. 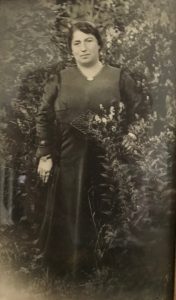 Before this success though, they lived in what is now the Society Hills section of Philadelphia, an area that was littered and saddled with poverty. Augusta sometimes held her daughter, Matilda high up in her arms so that the rats would not get to her.  The living conditions were not good.

Joan relays stories of her great grandfather’s kindness and philanthropy. When Joan’s mother Sylvia, was young, David would take her out for walks where they would encounter people selling pencils. Although these people would sell pencils, it was obvious that their main reason for being out there was to ask for money for their families. David would  carry a purse with money, and give everyone in the street some money. When his grand-daughter, Sylvia, asked why he would do this, since not all them were extremely poor, David responded that one never knows who needs it, so it was best to give to everyone. Not only this, but he was a leader in his religious community, and one of the founders of the Har Zion Temple in Philadelphia. He was  President and President Emeritus of that Temple. During Passover, he would rent the hall in the Synagogue and celebrate the holidays with the extended family. The family outgrew the home  so he had to rent the large hall in the temple to hold the Sedar. When David Weber died he had 13 great-grandchildren.

This spirit of giving and philanthropy was continued, especially by Joan’s grandfather, William Portner, who married David and Augusta’s daughter, Matilda. William had participated in the establishment of a Jewish chapel in the Philadelphia prison, Eastern State Penitentiary, so that Jewish prisoners could celebrate the holidays. Additionally, he took care of the prisoners’ families while they were incarcerated, giving them funds for food, shelter and more. He, along with three other men, went every Saturday to the prison to conduct services and provide Shabbat food and Jewish holiday foods for the inmates. These four men saw to it that the prisoners, upon release, had jobs in the garment industry where they owned factories. To this day, there exists a William Portner Welfare Fund which supports prisoners upon release to find living accommodations and food subsidies for a limited time to get back on their feet.

William also served, for many years, on the Prison Board of Directors. In Philadelphia today, there even stands that chapel dedicated to him, which is now a tourist site. At his death, the synagogue service had a funeral possession ranging one mile long. He was popular and well liked by his community, even having a B’nai Brith chapter dedicated to him. He was very religious, praying every morning and night, yet never forced this on the rest of his family. 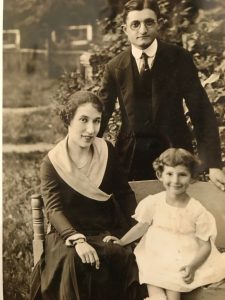 Joan’s story about her maternal lineage surrounding David Weber and William Portner showcases the spirit that lived in her family. From their hard work and dedication, they were able to find success and friendship within their communities.

This story was written by Elisa Shaholli after her interview with Joan Sperans.  Elisa is a volunteer with the Made Into America project.