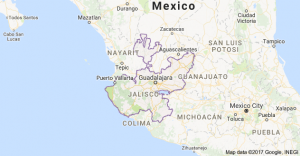 Juan Carlos only made $54 for working 16 hours every day. It was higher than in Mexico, which was $3 in eight hours, so he definitely was not complaining.

There are many immigrants in the U.S, and my father is one of them. Juan Carlos, a 44 year old, emigrated from Mexico and immigrated to the U.S in search of a better opportunity. Currently, he lives in Redwood City, California with his wife, two sons, and a daughter. He is a janitor who rose to make his own business. In the rare amount of free time he has, he plays with his sons, and enjoys watching action movies. I chose Juan Carlos because he is the biggest example of starting from scratch and rising to the top without giving up. His persistence and hard work has made people admire him.

He moved to the U.S in search of an opportunity, an open door. In Mexico, the pay was very little especially for a chamaco, a child. With his father’s death when he was 11, he had to help his mother financially maintain the household because he was the only boy left. An immense pressure was put on him at such a young age. He was easily susceptible to peer pressure and started smoking. He would have to work in the fields de sol a sol, a Spanish idiom that means all day and night, with no breaks, not because they did not give him any, but because he wanted to continue working. To this day, he has never broken the habit of going beyond expectations. Because of this, he could not go to school, so he had to drop out in sixth grade. He regrets not being able to continue his education and always encourages all of his children to try hard in school.

Juan Carlos came to the U.S with his uncle, and, for a part of his journey, he had to run for three days with little food to eat and little water to drink surrounded by nothing but stuffy air. However, the conditions of his journey did not waver his desire to come to the U.S. He did not look back, and he does not regret a single thing. When he got here, he immediately started working by taking care of the machines at a cotton field. Since his uncle was the one in charge, he was able to work in peace, and he was respected. He took advantage of that by getting people to teach him how to do their part because he did not want to stop learning. As he stayed to work at the cotton field, he had to rely on his other uncle to live in his house. Juan Carlos only made $54 for working 16 hours every day. It was higher than in Mexico, which was $3 in eight hours, so he definitely was not complaining. However, it was not enough to provide himself a house and the essentials. His other uncle’s house was very small and uncomfortable because it had to house eight people including himself.

Later on, Juan Carlos was able to move to working in a taqueria as a cook. He spent days on end learning the art of cooking and saving up money to be able to rent a room of his own. He had to learn multiple skills including multitasking and collaboration. His previous jobs were laborious but monotonous, so he had to get used to something other than field work. He spent 10 years working in the same taqueria where he met the person who would become his future wife. Together, they had their son and daughter in South San Francisco, and they decided to move to Redwood City because of the job opportunity he got. He, also, had to quit smoking because of the risk of his children getting second hand smoke. He successfully quit smoking before his first son was born. He changed his job course, once again, and became a janitor in a company called Starlite. With this job, he realized that he spent more time away from home than in it. At this point, his two sons and daughter forget what he looks like because of how frequently he is gone. However, it was Juan Carlos’s only choice since it helped feed his family every single day. Then, he got the brilliant idea to make his own company.

Juan Carlos was tired of having to be away from his family every day, and, after nine years, he eventually went through with his idea of making his own janitorial company. He found out that his daughter was familiar with business and the law and figured that she could help out somehow. He made his business and, at first, it was a shaky start like most start ups. He eventually contracted with 54 stores, laundries, offices, and clinics by talking to the owners and proving that he is worth the shot. Currently, there are five workers, most of the workers are in his family. This means that he is always busy even during the holidays. Since he started, his family has had to work through Christmas and New Years, but they work as a family which is the purpose of those holidays. He was going to give up when the company was a start up because there was more cost than profit, so there was a deficit. He hated seeing his children ask for something as small as a candy, but he could not get it because it was too expensive for him to purchase. He cried himself to sleep along with his wife. However, his children were clueless to this. He could not tell them the truth about their financial situation because they were too young to worry about things like money. He dreaded having to think that his children would have to go through what he did when he was young. But, eventually, the profit margin increased, and he was able to afford a lot more things than before. He may have successfully started his company, but he had to surmount a couple of discriminations along the way.

Unfortunately, Juan Carlos has had his fair share of discriminations for being an immigrant. In his time working as a janitor, he had to deal with co-workers who would leave everything to him because he is a nopal, a person who is clearly from Mexico. However, he took the opportunity to use it as practice. He later became able to clean an entire store on his own in less than two hours. This allowed him to prove his ability, so he got promoted to manager. He had to give people orders in English even if he had a hard time speaking in English. A worker had tried to defy his orders because he was an immigrant, and he refused to listen to Juan Carlos. The worker was put on suspension, and Juan Carlos never let that affect his mentality. Before he became the manager, he found himself being ordered around by a güero, a white coworker. The coworker claimed that it was the right thing to do because he was supposed to be superior. Although it angered Juan Carlos, he had restrained himself from committing any violent actions. Despite the constant discrimination, he kept his head held high and, in Juan Carlos’s words, “Me marché sin un arrepiento.”

Nowadays, Juan Carlos has adjusted to the English language, and the culture in the U.S. He is not fluent in English, but he has a better grasp of it. He would be sad to go back to Mexico because he has lived in the U.S for 26 years, and it would be like leaving his life behind. This is especially questioned since the next president claims that he will work on sending all of the immigrants back to their countries. Juan Carlos states, “Yo sé que él va hacer cosas buenas con este país aunque nos saque de aquí para hacerlas.” He appreciates that the U.S has given him the opportunity that he was hoping for. He is able to send $200 monthly to his family to put food on their table although he is not there with them physically.

Juan Carlos was interviewed by his daughter.