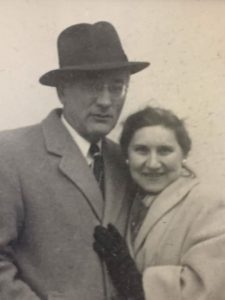 He eventually became a very successful attorney and even argued a case against GM in the Supreme Court for workers’ rights.

Many years ago, a young boy named Jacob lived in a small Russian town with his family. He lived happily without a care in the world until one day his father left to escape from being drafted into the military. Soon after, Jacob and his family also left to go to this new country that his father had gone to. This new country was America. Once in America they established themselves and lived a poor life. When Jacob grew older, he married into wealth and eventually became a very successful attorney, even arguing cases in the Supreme Court. This man was my great grandfather, and I admire him very much for how he came to America at a young age and how he grew up to be the successful man that he was.

Jacob was born in a small, Jewish town in Russia. This was a small, farming community that was much like a medieval village. They lived under a land owner who held all of the land around them. Because of this, they owned almost nothing and had no money. However, they had no use for money because they traded for everything. Despite this poverty, Jacob had a fairly good childhood. He was too young to have any real responsibility, so he would spend most of his time playing with the other children in the village. When he was about seven years old, however, things began to change.

WWII began and Jacob’s father was going to be drafted into the military. In order to avoid this from happening he fled to America. Soon after, the Nazis started going after the Jews and they realized that it would not be safe for them to stay in Europe. Jacob and the rest of his family then decided that they would join his father in America.

Jacob and his family traveled first to Germany where they got on a boat to take them to America. They would have paid about $20 for their entire family, which was a lot for their standards. They were in a small boat with little room to move around. They traveled by boat for three days and crossed the Atlantic. Once they got to America, they arrived in Baltimore where they were sponsored by an unknown relative and given the last name Tucker, since their real last name was unknown. From there they traveled by train to Detroit where they finally settled into their new home.

Once in Detroit they started to get settled into the community. They were given assistance by others in their community, and soon after their arrival, Jacob’s mother gave birth to another son who she named Alex, after the street they lived on, so he could have an American name. As Jacob grew up, he got an education and learned English. He worked many jobs and wanted to become a doctor, but he didn’t have the time to go to medical school. He married a wealthy Jewish girl who had also come over from Europe. He eventually became a very successful attorney and even argued a case against GM in the Supreme Court for workers’ rights.

He had three children who all grew up to be very successful and his descendants now live across the Mid-West. Many years after he moved to the U.S., he decided to visit his old home in Russia. Upon his arrival, he found out that the village he had lived in was wiped out by the Nazis and all of his relatives who had stayed had been killed in the camps. He died in the late 1980s.

Jacob Tucker was a great man who moved to the U.S. many years ago to escape the Nazis during WWII. When he came to America, he didn’t know anything about the culture and spoke no English. He was educated in America and eventually married into wealth and became very successful in law, helping other people get the rights they deserved. This is why my family and I remember him today for the great man that he was.

This story was written by Gabriel Cash, the great grandson of Jacob Tucker.