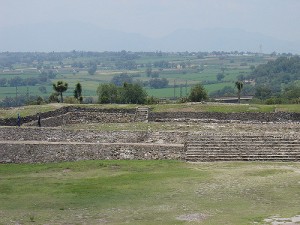 Back in his home country, Ubaldo lived in a ranch house and worked for his dad. In the farm he had, he had been collecting eggs, milking cows, and pasturing sheep. He still attended school but when he didn’t he would work in the farm. When he was about 13 his dad died, and he had to take over as head of the house and worked the farm even more to sell the eggs he collected and sold chickens. Although he wasn’t able to work outside of the farm, his mom held up the bills and got help from his uncles.

He decided to leave Mexico because his family needed money to send his brothers to school, and to cover up bills and needs that his family needed.Since his father was gone, he had to be the man and support his family through hard times.Ubaldo was in high school and once he graduated he got his stuff and left to the US the moment he got word from Pedro, my uncle from my dad’s side.

The year was 2000 and it was a hot and stuffy day in Pachuca, Mexico inside of his home along with his mom and two younger brothers. Pedro called him and said he had work for him here. “Come through and hop the border, I have work for you here that will come with good payment,” said Pedro. “I’ll go collect the money I have saved up and I’ll call you once I’m in Sur Cali,” said Ubaldo. The next day he had his money ready and packed two jeans and three shirts and a couple of tortas for the long trip. He said his final goodbyes to his family and walked out in search for the bus stop.

He left on a bus from Hidalgo to Mexico City, and when he got there he stayed at a friends house and the next day he got into the first plane to Tijuana. And from Tijuana he grouped up with a coyote, (a person that takes a group of people and leads them across the border to California.) He walked with the coyote with about 10 other people he didn’t know and walked across the border.

At nights, he said “I would get 3 blankets and a sweater and I was still freezing, we would sometimes huddle together and try to warm ourselves.” Whenever I tried to sleep, a lonesome coyote would howl and wake me up. At times it would scare me how close we were to them. And during the day it was really hot and sometimes water wouldn’t last as much as we thought it would, snakes were slithering all the time, but paid no attention to them.” After he crossed the border, he walked all the way to South California and said bye to the coyote and the group. We then waited for my uncle to pick him up.

My uncle drove him from LA to San Jose by car and once he got to San Jose he started living with my uncle and some other friends in a house they rented and pitched in for the bills. He had to sleep in the living room but didn’t complain about anything. In the first week that he got here, he started to work as a gardener and also he got a job cleaning stores around his neighborhood. His monthly income was about $800 a month and with that money he paid his rent and also sent some money to his family in Mexico.

After about two months he started to work in the construction business with the rest of my uncles. He began to make more money. He told me, ” I felt lonely, and very solitary because I did not have any family here and felt very alone at times, the closest thing to family that I had was Pedro your uncle. But other than that I was alone most of the time”. He did not know the language very much but only knew how to say “excuse me” and “sorry”, two basic things everyone knows but he did not talk much to anyone unless he was spoken to.

He had a phone but only used it to communicate with the few friends he made and to communicate with his family back in Mexico. And only when he really needed to because his phone contract was by minutes so he had to spend them wisely and not overpay.

This story was written by Ubaldo’s nephew, Emanuel, a 9th grader in Redwood City, CA.