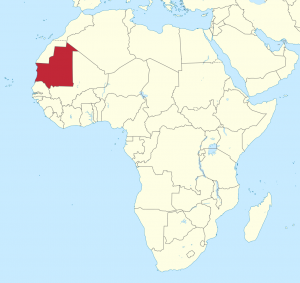 Seconds, minutes, and hours pass by. Her legs are cramping. The market is very crowded with people buying food, clothes, and utensils. Her stand is filled with vegetables and fruits she and her family had grown. This is how they earned money.

Daouda (orig: Kadidiatou Diallo) is from a country in Africa called Mauritania. She was born on January 20th, 1975. She lived in a village called Lafu. Her family and friends were within walking distance. She lived with her mother and father. She always helped her mom clean the house, cook food for her family, and make her mother and father’s bed. She grew up in a religious home. She believes in only one God. Her religion is Islam. Islam means surrendering to the will of Allah/God. It also means Obedience. In Islamic culture, it is good to help your parents. Her parents taught her to believe that God will pay you back for what you have done to your parents, whether it is good or bad. She was also taught that the way to Paradise is kindness and respect towards parents. She always tried so hard to please her parents.

Her parents had a small stand in the village market where they sold fruits, vegetables, and meat. She started selling at the age of 13 years old, but she was learning years before that. There were no refrigerators in her hometown, so they had to sell all their food really fast. They stood for hours selling. After the market closed, she went back home gave her mother the money she earned to help pay for food and other things. That was how life was.

Daouda had never been to school. She has always wanted to get an education, but circumstances never let that happen. Her father thought that school wasn’t important. She begged her father to let her attend school, but he didn’t consider it. Also, money was a problem. The village school price was too high for some people to attend. Daouda used to see students going to and coming back from school all happy in their uniforms.

Three years had passed, and she was now 16 years old. This is the age where most girls get married. Women got married very young. She got married to a guy called Boubacar. The wedding took place, and everybody was happy and excited and there were tears of joy. A year later, Daouda had her first baby, a boy She was only 17 years old. The baby’s name was Youssouph, and he was born May 30, 1993.

Family and friends came over to see her and her son and welcome the new baby into the world. As years passed, money wasn’t being earned. Daouda’s husband worked in the city, but then moved to Ivory Coast. Money still wasn’t enough to support the family. He moved to surrounding countries like Senegal, but it wasn’t working out. Daouda ‘s husband moved to the United States in 1996, three years after his son was born. The process of coming to America took a long time. He left his wife and son back home to go to a new country to make money to support them. Daouda was scared for her husband going to a new country, one that is across the Atlantic Ocean. It was not the same as going to Ivory Coast because that country was not that far away and was in the same continent.

When Boubacar found a job, he worked and saved. He came back to visit his wife, son, and his family. The money he saved was going to be for bringing his wife and child to America. Daouda was very excited and nervous about coming to America, because it was a new place. In 2000, she came from Senegal and landed in New Jersey.. It was her first time in an airplane and it was nerve-wrecking.

When she first landed in America, she went to a hotel. After that, the family went to New York City and went out to eat. Daouda and her husband ate pizza for the first time and then visited Manhattan. They went to Times Square. She saw so many lights, billboards, and cars. So many people were shopping and going on tours. Pictures were being taken. It was very different from Africa. She saw very tall buildings and so many people. They stayed on the East Coast for just a day and then they went to the West Coast – to Seattle, Washington. When they got to Washington, they had to stay in a hotel because the apartment her husband bought was not ready yet. The apartment was in SeaTac. Later on, they moved into the apartment.

Staying in America for the first couple days was very different than Africa. When she came to America, Daouda couldn’t speak any English. She only knew her language called Fulani and French. She didn’t have a job just yet. She mostly stayed home. Sometimes she felt lonely. Her son was in school, and her husband was at work. When she turned on the TV, she couldn’t understand it because it was in English, a language she didn’t speak. Living in America without an education is very hard.

One day, when all of her children had grown up, she would want to come back home to Mauritania. She does not regret moving to America. She likes the opportunity that America has for her children. She wants them to have the best education and to be successful. But she does miss Africa. She misses her family friends and the food. The food in Africa is very different than the food here. The food in America has been put through different chemicals and the food in Mauritania is all naturally grown.

Compared to the person she was back in Africa and who she is now in America, she has changed. This journey shaped her to be the person she is now. It made her more understanding that everyone has their own struggle but everyone needs to push through in order to rise above the struggles. If she had to redo everything, she would have went to school to get an education.

Life in America became a little bit easier. She was learning the language and meeting different people. Later on, she found people that spoke the same language as she did and became friends with them. She started working as a housekeeper in a hotel. She and her husband chose to save some of their earnings to send to Mauritania to build houses. Now they have 5 houses back home. Their family lives in those houses or they rent them out to other people.

Her life in Africa was very hard. She didn’t have an education. She chose to come to America so she could support her family and so her child and future children would not live how she had lived and could be successful. She had all her family and friends in America. That showed her that family is very important, and that education is the first step on the road to being successful. Many people in the world do not have access to education, so we should not take school for granted. This is what she tells her kids every day. And to always remember where you came from. She wants the best for her kids. She is tough on them because she wants them to be the best person they can be, and to know that in life, you always have to keep climbing. Even if you fall, you have to get back up. No one can make your dreams come true expect for yourself. She is a loving mother who prays to God asking that her children do not become misguided, are healthy, safe, and that they be the best that they can be. She also prays for all children in this world. She loves her family.

This story was written by Aminata Diallo after interviewing her mother.  Aminata is a high school student near Seattle, Washington.