Immigration Story From Sweden to the US Navy 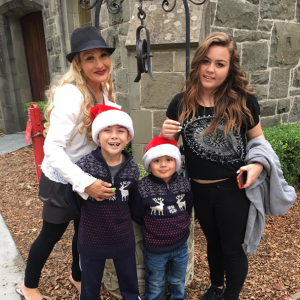 Usually in those days, the man of the family made the decisions so everyone just had to follow through.

My name is Gary Neuman. I grew up in Gothenburg, a fairly big city in Sweden. It was always cold, especially in Winter. I lived in a very small apartment – only 2 bedrooms – one for my mom and dad and one to share with my sister. The smell of coffee and sweet cookies woke me up every morning because of my mom’s cravings of sweets and my dad’s love for coffee. Even though we lived in a big city, we suffered with low income and as a family, tried staying strong.

There was a problem though. My dad’s brother (my uncle) was very close to us, and he was in the merchant marines, and my dad got a call one day saying that he got really sick and was sent to California in America. My father was very worried and made the decision that we were moving to America in order to support him and my dad felt that it would be a better place for our family. Usually in those days, the man of the family made the decisions so everyone just had to follow through.

At the time, it was in the late 1940’s and I was only 11 years old so I was still in middle school and I barely spoke any English. My sister however was only 5 so she didn’t know what was really going on. But when I heard the news I was kind of sad because that means I had to leave my friends and most important leaving my apartment, realizing that smell of coffee and sweets that lingered in my house will now be gone. But in the positive note, I also thought of possible adventure and new friends.

We had immigration papers so it wasn’t a real struggle trying to leave. We packed our things and 2 days later we were off to America where we can spend time with family and possibly have a better life. It was my first plane ride so when the flight took off, I had butterflies and I was paranoid because of all the plane crashes I’d heard about. But on the plane ride there, to get my mind off things, I thought of the many possible outcomes and positive things that can happen in America.

I studied as much English as I could in order to fit in with the others because I didn’t want to be made fun of. That was my only fear. I wanted to make as many friends as I can so that they can help me out with school and classes.

We first arrived in New york but that wasn’t our destination. Our next stop was California, but when we got there it was totally different. People wore different type of clothing. All I could smell was the greasy foods that I imagined it would be like and there were large houses, with these big boxes inside that had like a moving picture on it. At the time we didn’t have one in Sweden so it was all new to me. I wasn’t sure what it was but it was fascinating.

My family and I walked around a little in the city and I was just so fascinated by all of the new shiny, and cool things that we didn’t have in Sweden. It felt a little weird at first because of all of the weird and crazy people there but I loved it. The climate was way better than in Sweden and there was also many more opportunities to get a good job and to go to college.

We bought a house later on in Menlo Park and it was my first house. I was excited that we are actually living in a house. It had a big kitchen and a living room and everything you could have dreamed of while living in Sweden. We also got that big box called a television that everyone had – and that was my favorite.

We decided also that I would go to Selby Lane school because it was closest to my house. It was the first day of 7th grade and I have never been so terrified in my life. In my head I was thinking of all of the negative things that might happen and what if I get made fun of. It turned out that everyone loved me and they were super supportive and helpful along the way!

Throughout the years my life just went uphill. My uncle was okay and we were all happy. We moved a couple of times but it wasn’t much of a sad thing for me because each house got better and better.

After I graduated 8th grade I went to Menlo Atherton High school and then a few more years went by and I graduated high school! My dream when I first came here was to go to a good college and I did. I went to San Jose State University, and got a degree in Mechanics.

Afterwards, I got drafted into the army and I didn’t want to so I went to the navy and met my wife there. We got married and we came back to America and lived here together.

I am now retired, there is nothing more I could ask for. I love my life, I have a wonderful wife, 2 kids and 3 grandchildren that I adore dearly. I live a different but healthy and happy life, despite my past, I love living in America but Sweden will always be my home.

This interview was conducted and written by Gary’s granddaughter, Kasaia Lomas, a ninth grader in Redwood City. The photo shows Kasaia, her 2 brothers, and her mother.