It was cold and snowy that day. We got stopped by the police. Oh, es la migra ya nos vamos patras. Oh, it’s immigration we’re now going back. But instead, the police had a dog that smelled  for drugs and other illegal weapons. The dog licked the sugar donuts that we had just bought. Until this day, I don’t like sugar donuts at all…..” 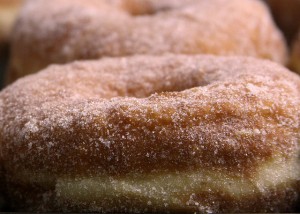 picture is by Larry

I was with 4 other guys that had never been in the United States. Everybody came from small villages around my village just 30 minutes away. I was a teenager, only 19 years old. I was a person looking for a better future and a better way of living. I was also a hard working person who had this mentality to succeed in USA, because my parents and me were very poor and  humble. I sometimes didn’t have money to eat and there was not very much work in Mexico and my house was made of wood.

That’s why I had this mentality to change the way that I was living. This choice of coming to America was hard for me and my parents because they thought I wasn’t probably going to make it alive. It was life risk to cross the border and my parents are very scared of letting me go. They were also crying, and I did too. While leaving, my parents they said “Cuidate mucho hijo te amamos.” Take care, son, we love you.

For the first time ever I was going to leave my family, my parents. While leaving, my parents said “cuidate mucho hijo te amamos.” Take care son we love you.

In the year 1996 on the day that I left my hometown, we started leaving around 10 am or 11 am in the morning. I felt sad when I came here because I had to leave my parents. All I was thinking in this moment was about my parents being alone with out me, through this trip I was crying.

I was outside saying my goodbyes to my parents on a hot sunny day. “Los amo los tendre en mi corazón siempre.” I love you guys and I will forever have you in my heart I said. I was wearing a white tank top, and some Levis jeans. There were lots of taxis and the air smelled like gasoline and all the pollution of the cars was going into the air, and I was holding gallons of water in my hand. Throughout this trip, we were going to need water. In this moment I was with four other guys one was light skin, the other one was brown, and the rest were what we call “crema” in Spanish. The four guys were my cousins, we met at the bus stop station in Uruapan Michoacan Mexico for the coyote.

One of my cousins who was in Kansas City paid the coyote. A coyote is someone who knows the dessert and gets you into USA. There were a lot of people carrying milk bottles filled with water, and there was a person leading us the way through the desert. There were a lot of two types of terrenos we crossed: one with forests and the other one with desert and dust.

I walked  day and night. I didn’t want to sleep because I was afraid I would get bitten by poisonous animals. For example, a snake or a scorpion in the floor. While we were walking, we would see lots of ripped clothes. I had a necklace that had virgins/saints and I was praying to them so they could protect me of accidents. Diosito por favor no dejes que nada malo me pase por favor cuídame. God please take care of me that nothing bad happens please help me.

Also, there were water bottles on the floor from people who had tried to cross before. It was way  hot, around 100 and something degrees. When it was night time, it was very dark, no light at all. This choice of coming to America was hard for me and my parents because they thought I wasn’t going to make it alive because it’s a life risk to cross the border. That’s why they were very scared of letting me go.

When I first came, we crossed the Nogales Sonora border of Mexico into the U.S. After crossing the border the coyote helped us travel to Nebraska on a bus. He had done his job and left us at a tire shop. A white guy from the tire shop showed up and asked us if we needed anything. We said yes. I was with 4 other guys that have never been in the United States and we asked for a phone and we called a different coyote. The white guy called a taxi for us. The taxi took them to the house they had an address for. They had been carrying a piece of paper with this address since before they started the journey. They made it.

It was cold and snowy that day. We got stopped by the police. Oh, es la migra ya nos vamos patras. Oh, it’s immigration we’re now going back. But instead, the police had a dog that smelled  for drugs and other illegal weapons. The dog licked the sugar donuts that we had just bought. Until this day, I don’t like sugar donuts at all because of that dog from a long long time ago. We were starving because we hadn’t eaten in a couple of days and we barely had enough to pay the taxi. Now, our sugar donuts were gone.

After this incident  we arrived at the address they had given us by the coyote. When we got there, we knocked for 5 minutes but nobody opened. We got worried.Que vamos acer si no conocemos este pais? What are we going to do if we don’t know this country? The four people that were with me we all looked at each other confused, mad, not knowing what to do. Then the neighbour came out and told us that people don’t live in that apartment any more.

Can you imagine how we felt after all this journey for nothing?  The neighbor told us the person living in the apartment had moved up the street, so we all started walking up a big long street. Thinking back now, those streets looked like the streets from San Francisco, going up a steep and snowy hill.

All of a sudden, someone in the back of us screams, ”Empanada!” which means a type of bread filled with something. That was what people called it in Mexico. Someone then called my nickname. It was my cousin! We all ran back down and he asked, ”tienen hambre?” (“Are you hungry?”) I replied, “of course!”  We just had the longest, hardest journey of our lives while he was having a carne asada reunion mini party with his friends. “Lo hicimos”.

Today in 2015, I feel very sad and happy. I feel sad because I miss my parents now that they have passed away, and I feel happy because I’m in the United States working hard and supporting my children. I try to be for them the best parent I can be and support them on whatever they want. I want to persuade them to go to college and graduate so they won’t do the same as me. I didn’t go to school and now I’m working in construction, and I don’t want my children to work like me. I want them to work in an office.

I’m still processing my journey of making it to the United States. Now I have two sons that I take care for. I work in construction. My job is making the roads neat and putting blacktop on it. I wake up around 4 am and come back at 5 or 6, sometimes even later depending on where we go. Sometimes, we drive 3 hours to jet to a job.

I work hard so that I can give my sons what they need for their daily life. We live in a good home. I’m still working harder to buy my own house.

Angel (name was changed for this article) was interviewed by his son Oliver, a 9th grader at Everest Public High School in Redwood City, CA.