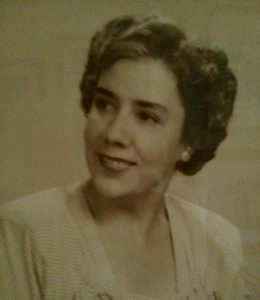 It was 1910, and my great-grandfather had passed away. My great-grandmother was struggling trying to manage his wine business in Lisbon, Portugal, but became discouraged when she realized that people were stealing from her. She decided that it was time to sell everything, the business and all, and move to America.

My great-grandmother and her daughter Maria Natalia, my grandmother, immigrated to New Bedford, Massachusetts where there was a large Portuguese community involved in the whaling and fishing industries of the late 1800s and early 1900s. My great-grandmother bought a boarding house and rented rooms to Portuguese sailors and fishermen thus ensuring that she could get by without speaking much English, and be home to care for her young daughter Maria Natalia. 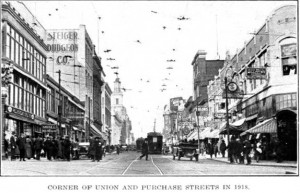 Downtown New Bedford, Massachusetts, 1918, during the time Maria Natalia was growing up. 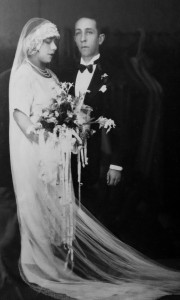 Grandma Maria and Grandpa Pablo on their wedding day

When my mother grew up, she went to college and earned an AA degree, plus she was in the US Marines and participated in the war effort during World War II. After the war in 1947, my mother decided to move to Mexico because she wanted to learn Spanish. Her father was from Mexico and that may have prompted her desire to study Spanish. While in Mexico she met a man and got married. Her new husband was an emigrant from Poland to Mexico. And so, this is where I was born, in Mexico.

My Grandma Maria Natalia and Grandpa Pablo moved to Mexico when they retired in order to be near their daughter and husband, and grandchildren (my siblings and me), so I was lucky to have gotten to know her while I was growing up. 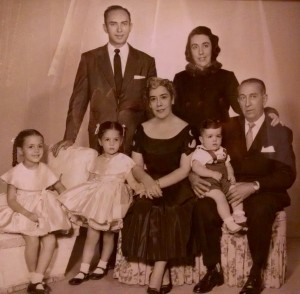 By the time that I was born, it had been well over 50 years since my Grandma Maria Natalia had lived in Portugal as a little girl, and yet we still kept some Portuguese traditions in our lives. We ate fish every Friday, and Grandma also would cook Bacalao, a delicious Portuguese salted cod dish, for holiday dinners. We also used some Portuguese words in our vocabulary such as fofo which means bottom, and bafio which is the smell of humidity. 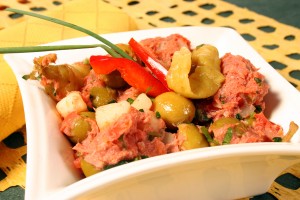 My Grandma Maria Natalia lived to be 92 years old. She died in Chula Vista, California in 1996.

When I was 27 years old, I emigrated from Mexico to the US for my job with Hewlett Packard. I married, and stayed and raised my family here in Palo Alto.

Maria Natalia Diaz’s story was told by her granddaughter, Paula Collins, to MadeIntoAmerica.org for the YMCA Diversity Day in October 2014, and written up by Carolyn Williams, November 2015.