Migration from Mexico: Homesick But Glad 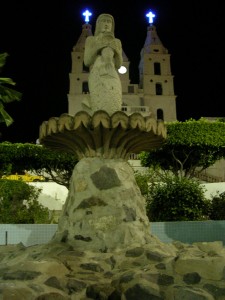 Everything was so new and different. Nothing was the same as how it used to be back in Cihuatlan, Mexico. The warmth was not the same. The food did not have the same organic taste to it most of the food were all mostly processed. The city was big compared to Cihuatlan where there were only to streets that crossed you over to the other side of the village. And now everyone became a stranger.

Life in Mexico was so much different. I miss everyone but my decision to leave was final when my  friend told me I should come over here for a better life. And she offered me to stay at her house. Coming over here and leaving everything behind was something life changing. It was so hard the first few years. It was hard to adapt to this new place where suddenly everyone was a stranger.

The first thing I saw when coming out of the airport was the freeway. It was so different from what I had last seen which was the church in my small village. Everything was so big and different – even the cement on the ground – where in my village they did not have cement but they did have dirt. That dirt was where a young me and friends enjoyed to play on.

When I started to get my life here, it was so much harder. The language was different and I did not understand a lot. There were more cultures here. People that passed me were all strangers. Everywhere I went I got confused and lost. This city was huge. Sometimes I would have to go to work and get out late and had to walk home not knowing the city well enough.

I started to get adapted to this city after a year or two. I started to meet new people and I felt much better because I had some people that I could rely on and talk to. I still had my friend and I am so thankful to have had her and that she pushed me to come over. Even if it was really hard to do. Now I can help my family a lot more.

Now that I look back I can see that everything that I had gone through was all worth it. I can now help my family more than if I had stayed back and let fear take over me. I can help my daughter that soon enough will be all grown up.  I will always push her to do her best. From everything that I have gone through I am happy that I have stayed here and did not let myself give up and just go back to my village that I will always remember and love.

This story was written by the daughter, Kelly, a 9th grader in Redwood City, CA.