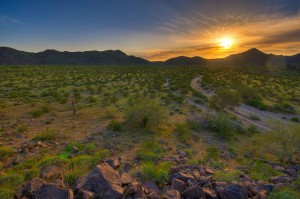 I remember when two people attacked me and put two guns on my head and said they would kill me if I didn’t give them money.”

My parents didn’t know each other that well yet. They both lived in Guatemala. My mom’s family was very poor, but my mom is a kind, hard working woman. There are six of them in total. When my grandma came to the U.S., life got even harder for them. My mom and my dad are a very hard working people but my mom had to work even harder taking care of all her sisters and brothers, plus her dad because he suffers mental problems. My dad always had a phrase, “Vivíamos bien pero los teniamos que esforzar mucho para poder vivir mejor” meaning, “We lived well but had to put a lot of effort to living better”.

My mom and dad got married in 1998, and a year after they had me. My mom’s mother took the first step into the U.S. After she was in the United States for six months my dad took the next step to come to the U.S. I was only 1 ½ years old when he left for the U.S. I didn’t know where he was going or when he was coming back. He was sad because he left my mom and me. He didn’t tell anyone that he was going to come into the U.S. His brother decided to go along with him.

He was 23 years old when he came to the U.S. It took him 18 days in total to come to the U.S. He took two black shirts and two black jeans. As my dad’s says, “Para que la immigración no me mirara” But crossing the border isn’t that easy. While my dad was in the desert, he went through two hours non stop bleeding from the intense nature. Staying at the desert also isn’t fun, at day time it’s 115 degrees and at night time it’s very cold. The desert was scary too, there were bears and wolfs. My dad says, “camine 3 días en el desierto,” saying: “I walked 3 days in the desert.”

While all 95 people were at the desert they all had to leave their things there. They could only take useful things because they had to go in a very small van with 49 people, and on the van they had to go stacked on top of another like they were some pieces of wood, they had to be like that for 5 hours. My dad says, “cuando llegamos a Arizona mi cuerpo no le sentía porque tenía mucho peso sobre mi y los coyotes me tubieron que sacar arrastrado.”

While he was in Mexico, stuff for him was scary. Mexico is not a safe place when you’re trying to come to the U.S. My dad says that one of the things he will never forget is, “cuando dos personas me asaltaron y me pusieron dos bistolas en la cabeza que me iban a matar si no le daba mi dinero”

As he arrived to the United States everything was different from Guatemala. He says, “pensé en mi familia porque estaba muy lejos de ellos y no sabía nada de aquí.” He stayed with my grandma, when he got here to the U.S.

About 3 years later, my dad decided that it was time for my mom and I to come. My aunt came along with us. I was about to be four years old, my mom was 22 years old and my aunt was 16 years old. My mom was very sad because she left all of her sisters and her brother in Guatemala. It took us a month to get to the United States. As we were on our way to the U.S, we had to go the jail. The jail where we stayed was very dirty, no one could lay down or sit. My mom had to carry me all night long so I could rest and so I wouldn’t get dirty. We were both filled with fear because we didn’t know anyone there.

When I arrived to United States, there is something I will never forget, the time when I saw my dad and said to him,
“Que tantos lunares tienes”.
Saying in English,
“How many birthmarks you have.”
For 3 months I would be scared of the police, I would take my seat belt off when ever I would see one.

Now my mom and dad are very proud to have 3 lovely children. A boy that is one years and a half and two girls. One is 6 ½ and the other one is 14 years old. My dad has his own jobs with tile and my mom has houses she cleans. My dad has been here in the U.S for 13 years, and hasn’t seen his family. When he turn 13 years of being here, his mom passed away. But as time flies, only God knows when he can see his family again.

This story was written by the daughter, a 9th grader in Redwood City, CA.