My Grandmother, And 11 Children 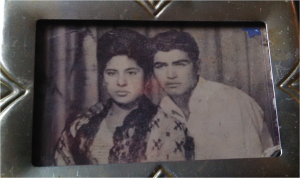 It was 1988 in Mexico. Eva, a 27 year old woman who looks so beautiful with her long black hair and nice smooth face and hands, is such a caring and brave person. At the age of 15 she got married to Ignacio, and then they made their family. She was living in a small town called Tecomatan. It was such beautiful place, but life there wasn’t like that. They had many struggles and problems.

She was living with her husband and her 11 children. Everyone was suffering poverty. The reason her hands are so rough and wrinkly is because she had to wash other people’s clothes in order to make a little money to buy her husband and children some food. Eva’s children stopped going to school because they had to go work because they needed the money. People all around her were struggling to find jobs and have food for their families. Eva and her family were always being criticized and talked about because of their youngest daughter who had down syndrome. Eva would just ignore the comments but the people never stopped.

With such a big family, Eva started to realize that they were not going to be able to survive much longer since they had not much money and no food. She thought about telling her family that they had to leave Mexico and go to the United States. She told her family what she had been thinking and they said that yes it was a good idea because coming here would open so many doors for them. They thought that coming to the United States would help them to find a better life , and to have their own home , and a good future for their children. They had never had a home that was theirs , they had always lived in somebody else’s home. 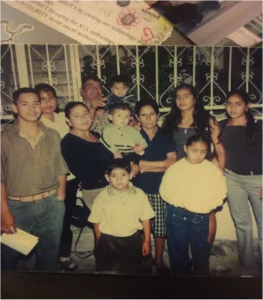 Eva and family members in Mexico

Eva and her husband Ignacio decided that they should send some of their children first. In 1980 they sent their oldest son. Once he got to the US he searched for a house where him and his family were going to live once everyone got here. In the late 1990’s, 6 of Eva’s children came here. They crossed the border, which was such a tough experience because they were really scared of getting caught by the police. Unfortunately it did happen and they were taken back to Mexico. They tried to cross the border again , and they finally crossed the border and came here to America.

As the years passed, Eva and her husband decided that they couldn’t stay in Mexico any longer. Most of their children in the US already had children of their own – families and good jobs. Their oldest son, who was now an American citizen, applied to get his parents and little sister a visa. In the year 2005, they were finally approved to get their visa and come to America. Excitement rushed through Eva’s body knowing that she would finally be living the “American Life” and see her family who she hadn’t seen for years. They immediately packed their stuff and said their goodbyes to everyone and made their way to Jalisco, Guadalajara where they would be taking a plane to Oakland, California.

While in the car on her way Eva’s tears rolled down her cheeks just thinking that she might not be able to see those close friends she had in Mexico. Before boarding the plane she looked back at her lovely “pueblo” which would always be called a home for her. As excited as she was, she was also very terrified. She was scared that the police were going to take her back to Mexico. In less than 4 hours , Eva. her husband , and daughter were getting off the plane in Oakland, California.

Once stepping outside the airport Eva felt this weird feeling in her stomach. She thought the trees looked very different and that just the way that cars stop and wait to let people pass by was so strange for her. She felt completely lost in this new state , with so many new things. She knew that she may not be able to adjust to such a different culture than the one in Mexico.

Eva never really had to search for jobs or anything like that because all of her children were able to have a home for her and give her food. But all her children tried their hardest to search for really good jobs to make some money. Now all of Eva and Ignacio’s children have their own families and good stable jobs that can keep their children from starving and being poor. Sadly Eva’s husband passed away on January 7th, 2015 a few days after their 51st anniversary. 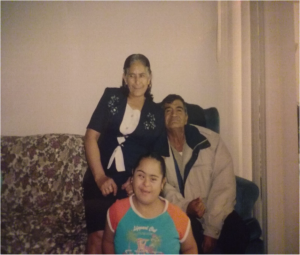 Eva, Ignacio and their daughter

Now Eva spends most of the time in Mexico taking care of her youngest daughter who has down syndrome. Her daughter is not able to come back because immigration took her visa away.

This story was written by Andrea Quezada, a 9th grader in Redwood City, who is Eva’s granddaughter.