How my life changed forever! (Mexico) 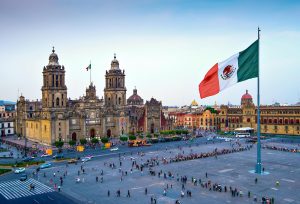 When I was young, I believed I would live in Mexico forever. Everything changed when my sister died which made me realize Mexico is not safe for my family. At first I did not want to leave Mexico but then I realized it was one of the best decisions for me and my family.

When I lived in Mexico, I first lived in Mexico City, the capital but then I moved to  Michoacan because of the violence in Mexico city such as gang violence, shootings, robbing, and in general it was not safe at all. But Michoacan was just as bad but I did not have enough money to move once again so I settled there for a couple of years with me and my family. Me and my family were poor.  I always worked low paying jobs, such as when I was 12 and I would have to clean horse poop just to bring a gallon of milk home. I remember one day at work I puked because of the horrible stench from the cow poop and to make everything worse my boss was laughing at me instead of trying to help me, “Mi trabajo era horrible” [My job was horrible]

Me and my wife met here in Michoacan, where we got married and had three kids. Two boys and one girl. To be completely honest life was not that bad until my sister was killed in Michoacan because of problems she had with other people. I really did not want to leave but I had to leave because I did not want to have problems with my sister’s killers. This is when I realized this is not safe for me and my kids and my wife.  After doing some research about the US I started to hear more great things about America such as a better life for me and my family.

I saved up a lot of money around 5,000 dollars for a coyote who will help me cross the border. This was really difficult because I only had enough money for me and my wife, which meant we left my kids for a couple of months in Mexico. After getting the money  this experience was one of the worst things in my life. The first part of my journey was to go to Tijuana to pick up more people for the journey but when I went a cop literally took my documents from Mexico which said I was a citizen of Mexico, when they were ripped out of my hands this made me feel as if I were not a citizen of Mexico anymore. After we were done in Tijuana we went into the dessert where we walked a lot of miles . We had to hide in bushes for hours to avoid being seen by cops and ICE , the worst part it was in the treacherous heat. It was so hot that my hands got burned when I touched the ground because of the extreme heat. To make everything worse I had a fever which made everything even worse, after all of this we arrived to the border were we crossed without being caught, and finally I have arrived.

The first thing I needed to do was get a job and some money because I still needed to bring my kids, this was still was one of the worst things for me because I had to leave my kids in Mexico for a couple of months until I can afford to buy them a coyote to cross them through the border.When I arrived my first instinct was to get a job which I did.  My first ever job was being a janitor, and I did not really have family in the US except for my sister who lived near me. A couple of years after arriving in the U.S me and my wife had our 4th child, a boy and we named him Alexis.

Life today is great, I went from being a Janitor to a Manager which allowed me to be proud of myself because I put in a lot of work and now as of today I have created my own cleaning company, which is something I have wanted to do because I can finally be my own boss. But there is one thing I do miss from Mexico, my family and my liberty. In Mexico I did not have to be worried about ICE because I was legally in Mexico but in the US I do, I just wish I had liberty just like in Mexico.

This narrative was written by the immigrant’s son.