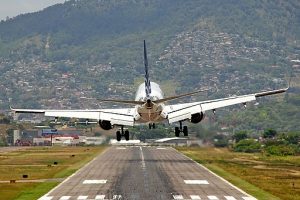 My dad is from Honduras and he was born in the capital of Tegucigalpa. He lived in Tegucigalpa all his life. He didn’t go to college because he didn’t want to study more. His first job after he left high school was repairing phones. He liked it but he didn’t get paid well.

He got married in 2008 to a beautiful woman, my mom. His wife worked for the government and that didn’t pay well either. Then had two children me and my brother. It was hard for them for raise us because they struggled to buy us clothes, food and to pay for our school every year. He came to this country for two reasons, Honduras is a poor country and there are not many opportunities for work.

One day our babysitter robbed us. She stole everything valuable that we had – like clothes and jewelry. It turns out that she was in a gang. That pushed my parents to decide to migrate.

My mom’s brothers and nephews live in San Francisco so they decided to bring our family there. The most difficult thing for my dad was leaving his parents, his brother, and sister because they were very close. He came here to look for work. A year later the rest of us came. He not able to get a job repairing phones, so he found a job of painting houses. The scary part of the trip was the airplane because he had never been on an airplane before. He had to travel in three different airplanes to get to the U.S. When he got to the U.S he was 34 years old. He was scared because he had never seen such big cities before.