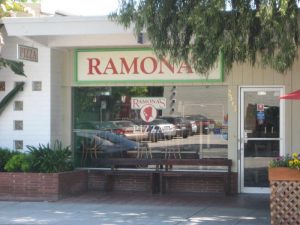 His name is Ricardo Maldonado Garcia – my father. He was born on the 30th of March in the year 1963. Born into a poor Mexican family where he struggled to do anything and it didn’t help being raised in a remote pueblo in Michoacan called Tumbiscatio. He was only 18 at the time when he left his home country in order to create more money for his family, all he knew was that he needed to make more money. He immigrated from his foreign town in Mexico and headed out to the United States of America.

My father at this time has a stable job in Whole Foods Market managing and leading a department there, he enjoys entertaining our large family at all times whenever possible with his jokes, stories, and singing skills. He uses his spare time to spend it with his family alongside his brothers and sisters that immigrated here too. I decided to write about my father’s immigration story since he has always been a person I look up to for my biggest decisions in life.

He was only 10 when he got his first job, he was a bread delivery boy at a local bakery in his town. He worked at the bakery up to the age of 13. Afterwards he started working more agriculturally on his family’s ranch. He would raise crops, cows, and other ranch animals, he continued to work on the ranch for 5 straight years. Aside from that, the last two years he had in Mexico he was a lumberjack. His education on the other hand ended pretty quickly. He only made it up to the 6th grade. After he had completed all five years of elementary school and a year of middle school; he completely stopped. This was due to the fact that his parents never supported him educationally. It was difficult for my father to please or persuade his abusive and alcoholic father and busy mother. His parents found school to be pointless so they saw no point in allowing my father to continue his classes. They would rather have him out on the fields managing the ranch alongside his uncles and father, like a man.

At a young age my father was told that he needed to start working as soon as he could. So, that he could have ownership of his own money, thus motivating him to travel towards the United States. Aside from that, it was a tradition for my father’s family to immigrate to the United States. My grandfather would cross the border every year to make more money for his family in Mexico; he would go every year for about 10 months. As soon as he arrived home, he would start depicting the marvelous wonders he saw in America. He would point out all the things they had to offer like jobs, salary, cars, homes,etc. My father’s initial idea was that he would come to the United States for 4 months and return back home, but it did not go as he planned. He set out on his journey alongside his older brother, Godofredo who had gone before. His journey in total lasted 3 days. The way my uncle and father reached the border was by public bus rides. They went from Tumbiscatio to Uruapan to Tijuana all through public buses, and paid 17,000 pesos for each person a ride.

Throughout their journey they had enough money for transportation, food, and a coyote. The coyote were men that would be paid to take you over the border illegally, but they weren’t the most trustworthy people around. Upon arriving at the border in Tijuana my father was disappointed and overwhelmed to have seen the thousands of people waiting like him and it almost persuaded my father to turn back. But by this point, he could’ve gotten lost and robbed being spotted so young and vulnerable. On the bright side he had already completed half of his journey. So, my father decided to pay $500 for the coyote to take him and his brother across the border. They went by night and were led through the mountainous path all the way to Menlo Park, California.

At this point my dad had arrived in the United States during the year 1981 and arrived in Menlo Park to stay with his oldest brother, Moises. He would be staying at an apartment along with his two older brothers and Moises’ wife. Three days later after they had settled my father immediately and easily got a job at a restaurant in Palo Alto called Ramonas. He was a dishwasher at first but, as he continued to work he would be promoted. Upon arriving he was initially supposed to work less, 3 days a week. But, as soon as the boss saw my father’s work ethics he was positive that he could complete efficient work. The following week he was put to work from then on for 6 days a week. He worked at the restaurant for another 17 years until it was closed down.

Once my father had been in the United States for a while he had been struggling with English since it wasn’t his first and preferred language. His co-worker could tell he needed help so, she recommended him to take English classes for free. My father took her advice and took English classes for a year each day. The classes would be three hours long each morning. Once he got the jist of it, he began to verbally practice with customers speaking in English at work.

After all this time that has passed my dad still becomes heartbroken each time he remembers how he had to leave his old neighbors, friends, and family. So, for a while he would go back to Mexico every so often to check up on the ranch. He went back to check the ranch in December of 1984 then he went back to bring my mom in December of 1985. He then went back in April 1988, April 1989, and April 1993 all to check on the animals. He had to check up on the ranch since at this times after a few years his whole family had already immigrated to U.S.

In the end, my father is now doing great he has a loving family and he enjoys the job he has and likes being in the United States. It still makes my father at times sorrowful having to be reminded that he could’ve stayed back home in Mexico. But, he claims that he does not regret any of his decisions since he was able to create his own beautiful family. Everyone has resident status. He still thinks that he can go back to live in his old hometown but, the sad thing is that all of his childhood friends and memories have now grown up and moved on. So, it leaves the the new generation to live there and it wouldn’t be the same thing anymore like when he was a young child. That’s why he probably will never go back to officially live in Mexico again. He admits that he misses it all but, if his family is fine and doing good then he is too.

This story was written by Ricardo’s daughter Karina Maldonado, a student at Eastside College Prep in East Palo Alto, CA.