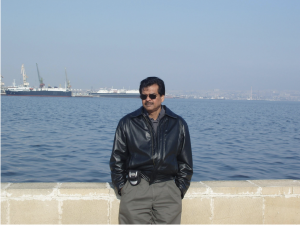 Our family friend, Basil, is from the small South American country, Guyana. He was born in a county called Corentyne, which is Southeast of the country’s capital Georgetown. He grew up in a small farming community called Bush Lot Farm and had seven siblings. At that time, Guyana was not a rich country, and farming was the primary source of income, so it was common for families to be large and for kids to start working on the farms at a young age.

During his elementary school years, he would spend his weekends tending to cattle, fetching and loading milk, and working in the rice fields. His upbringing and knowledge of farming led to him attending the Guyana School of Agriculture after high school. After receiving his diploma in agriculture, he was sent on a month-long orientation in the country’s interior to work with farmers in the area.

It was during this time that he went to Jonestown for an agriculture exhibition and met the infamous cult leader, Jim Jones. Jones’s group was doing the presentation to show the various types of vegetables they were growing in that region. It was his now-wife, June’s father, who was Commissioner of Lands and Surveys for the government of Guyana, that signed the paperwork granting Jim Jones approval to use the land.

Basil spent a year working for Guyana’s Ministry of Agriculture as an agriculture extension agent, advising farmers. After one year at the Ministry of Agriculture, he received a scholarship from the Government of Guyana to attend the University of the West Indies-St. Augustine Campus in Trinidad and Tobago. He was attending school in Trinidad when the Jonestown massacre happened in 1978.

Basil first immigrated to Canada from Guyana in 1991 to continue his studies in Manitoba. He decided to stay in Canada after he was offered a job working in animal nutrition because the salaries were better there, and the political situation in Guyana was not good at that time. The country had suffered years of economic instability because of the government’s misuse of funds. Racial tensions were at an all-time high, with different political parties sowing much of the divide. After he got the job, he was able to apply for Canadian citizenship and bring his wife June and their kids to Canada from Guyana. Basil found Canadians very welcoming and accepting of him and his family. 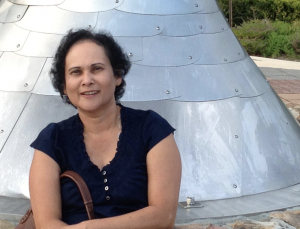 He decided to leave Canada and move to the United States in 2009, after taking a job at the University of Florida in Gainesville. At his farewell ceremony, the provincial government’s Assistant Deputy Minister of Agriculture said, “you don’t have to go. Is it too late to change?” He was not the first person in his family to immigrate to the United States; two of his aunts on his father’s side immigrated to Philadelphia and Texas in the 1960s. His older brother and sister immigrated to New York in the 1970s. He currently has three brothers and two sisters living in the U.S.

Basil and his family have remained in Florida since moving here in 2009. He now does contract work for the Food and Agriculture Organization of the United Nations (FAO) and travels to different regions worldwide to look at the livestock extension service and provides recommendations. 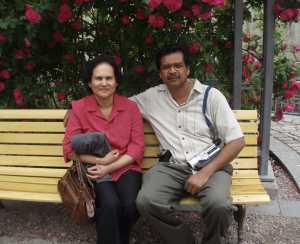 When I asked Basil about his immigration story and if he had any struggles, he told me, “My priority was my family. You tell yourself you have to do what you have to do. That was the approach that I used, and I was okay.” When it came to adapting to change, Basil was fortunate because he had traveled extensively for work and didn’t struggle with a language barrier. Guyana has different regional languages; however, it is the only country in South America where English is the official language.

He had also studied international relations in college, which gave him a firm understanding of bridging cultural differences and the foundations of culture. I asked Basil what he would like Americans to know about immigrants, and he said, “People can have preconceived ideas and sometimes fear what is different or that they don’t know. But usually, when people step outside of that and learn about other people, such as who they are and their background, they come to understand, and then their position changes. It’s all about educating people on different cultures.”

This interview was conducted and written up by Michelle Campbell, a student at Foothill Community College in Los Altos Hills, CA.