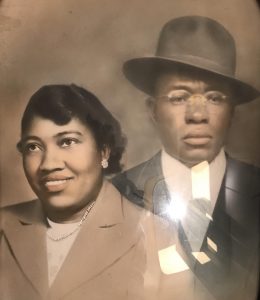 Editor’s Note:  Many African-Americans trace their roots back to slavery, but often the specific family’s early history in America as well as their country of origin has been erased.  The story of these families are an integral part of the American story and slavery was a form of forced immigration. We pick up the family story as far back as we can.

(from the author: I interviewed my aunt, a grandchild of Nellie and Charlie Jones, my great-great-grandparents. I will be talking about my grandmother, Nellie Jones, more specifically. I chose her because her experiences while migrating were really difficult at the time. They migrated from Mobile, Alabama during the Great Migration in the 1900s. They moved to Weed, California, and worked in sawmills to make income for their children.)

Living in the South was not easy – racial discrimination was a threat and lynchings were common.  As a black man, Charlie Jones found it difficult to find work and worried for his 2 sons, who would have to grow up in this environment. When he decided to move, it was at the beginning of WWII, and life had gotten even harder. With his now 3 children, he had finally decided to move North for better opportunities and knowing his children are safe, saying, “I don’t want to worry that my sons might grow up and be lynched.” Saying his final goodbyes to his wife and kids, Charlie headed West with a friend of his to find work. This was popular back then – the husband going out first and making a living, and then sending for their families to come down when they’ve settled. 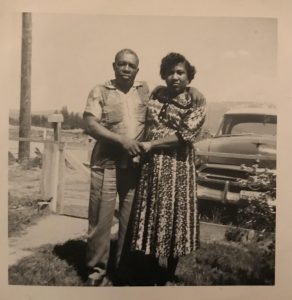 The first place they traveled to was Los Angeles. They didn’t stay long because they deemed it as, “too loud, too fast-moving,” for their families, so they moved on. They went to San Francisco, then Oakland, but still didn’t like those areas. They kept searching and they heard about a place called Weed – which was a small lumber town in the North. They decided to move here as they were familiar with lumber in the South. They took the train there and stopped in Dunsmuir, California, and took a bus the rest of the way to Weed. They found jobs there and lived in company houses, houses provided to you by the company you work for, and started saving their money an 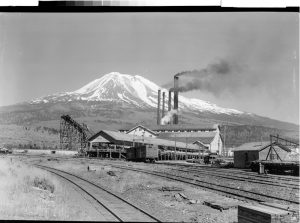 Now with 3 sons and a young daughter – all who were under five – Nellie was ready to move. Many people, after hearing her plan, recommended that she leave the oldest and come back to get them so she wouldn’t have to handle all four during the trip. Remembering Charlie’s request to come with all of them, she rejected the idea. Many people did that during the great migration, and some of them were still there to that day after family members couldn’t work up enough money to send for them. With three sons and a daughter in arms, she made her way to the train. 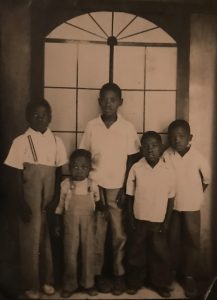 At the time, most trains were segregated. When she got on the train, many things were barred from her as a black woman. She had to stay in a separate train cart, where she wasn’t provided any food or water on the 5-day journey. With five kids to feed, she and many other black women relied on people called Pullman Porters, who worked on the train. They would come every morning and collect bottles of milk from mothers to warm them up in the food cart. At the end of the day, they would return with leftover food such as sandwiches for dinner.

After the long journey, they settled in a house in Weed and worked for the sawmills that were in the area. Even though they still faced a small amount of racism, it was a lot better than back South. The town was small, so they lived pretty peacefully and didn’t face many challenges from adjusting. They didn’t miss much from their lives in Alabama, but Nellie did say that she missed her mother and sister, who at the time still lived back in the South. Her leaving the South later encouraged them to join her in Weed as well.

This interview of her aunt about her great-great grandparents and the subsequent narrative – were done by Heavyn Askew, a student at Eastside College Prep School.