From Netting Mackerel to Starting a Bio-Tech Company 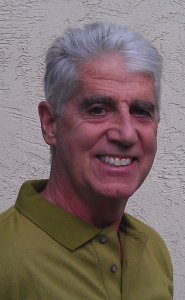 “I was running as fast as I could. My mother on her blue bicycle, followed my father as we made our way in the direction of the water. My brothers and sisters ran alongside my parents as we raced towards the end of the West Pier of Dun Laoghaire Harbor. I was never a fan of mackerel, however there wasn’t really a choice. My father would cast his net into the ocean, and catch the fish. We would then take our haul, and make the short journey back to our home in Monkstown, Ireland. We were poor. The struggle was real, but my parents never complained.” 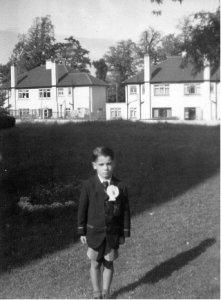 John Matthew Kells was born In Dublin, Ireland in 1949. John was the middle child of five, born into an Irish Catholic working-class family. At the age of seven, his father immigrated to America, to give his family a better opportunity. In 1955 his father left his wife, and kids in Ireland, and made the journey to Chicago, Illinois. He would send money via Air Mail for two years so, his family could follow. After two years apart, on Friday December 13th 1957 just before his 9th birthday, John, his mother, two brothers, and two sisters, boarded a plane in Shannon, Ireland bound for America.

“As we walked along the tarmac towards the large propellered airplane, I remember thinking, how was that going to cross the ocean. The red letters TWA on the tail wing, that we had jokingly named “Try Walking Across”, was getting closer. I had never been on an airplane before; I was excited, and a little nervous. We carried all the belongings we owned in the world, in a tea crate, and a potato sack my mother had sewn shut. I knew we were never coming back to Ireland, and I was beaming with anticipation, but more importantly, I was looking forward to seeing my dad again.”

John arrived in Chicago, Illinois on December 14, 1957. His father John Kells Sr. had saved enough to rent a house with a few acres just outside of Chicago. This only lasted for about two years, as the family moved around a lot.  Money was hard, and with seven people to feed, it wasn’t always manageable. He had to work hard as a kid, especially to get an education. He paid his way through high school, and attended De Paul University Academy Private Catholic School in Chicago. He would work all night, and would sleep-in class during the day. After High School he was accepted to Illinois State University. He was the first to go to college in the family. About this time, his family had saved enough money, to finally buy a house.  John was working for the Chicago Fire Department as a director for an inner-city youth pool. That was the summer of 1968, and the year of the Democratic National Convention. John had a bird’s eye view of the riots that had engulfed the city. The city was in civil unrest, and the world was watching.

“I tried to dial 911, but the operator told me, all available units were busy with the convention. I had already seen the fires from the sky, and knew that I was on my own to maintain order at the pool. I walked out of the trailer that was the office, and saw a few guys fighting. I immediately tried to get control of the situation, by stopping the fight. Before I could say much, someone hit me in the back of the head with a bat. All I remember is punching, and getting punched from all directions. I grabbed one of the guys, and pulled him into the water with me. I figured since I was a trained swimmer, I would be able to overpower my assailant. I spent the next few weeks in a hospital with a broken hand, and ear drum.”

John graduated in 1972 with a bachelor’s degree in business. He married his high school sweetheart, a Cuban born political exile. He bought his first home in Elkhart, Indiana, and had taken a job with Miles laboratories, working in sales. In 1976 he had his first son, and a year later left Miles labs, taking a job as a manager with Syntex Corporation in Palo Alto, California. John drove across the country without his new wife and baby to find a home, much like his father had many years before. He found a home in Santa Clara, California, and sent for his wife and child. This is where his second son was born in 1979.  After making a name for himself in the Bay Area Health Care Industry, he opened his own laboratory, Aeron Bio Technology, in San Leandro, California, in 1986. By this time, he had bought and sold a few homes, and had moved to Los Altos, California. Part of his company’s main focus was finding a cure for breast cancer, for which he would later develop an at home testing kit for. His work with doctors, and studies with hormone replacement therapy, would lead to a co-authored book on the subject in 1999. In 2016 he sold his company, and the home in Los Altos. He bought a condo in downtown Hayward, California, and a home in St. Augustine, Florida where he lives with his wife of 49 years. He still loves walking along the ocean every morning. He is currently saving sea turtles, and raising money for research.  His younger son is married, and currently working as a PA Physician Assistant in Seattle, Washington. His eldest son is married, a perpetual student living in San Jose, California, and is telling the story.

The interview and narrative were done by Matthew John Kells, a student at Foothill College in Los Altos Hills, CA.