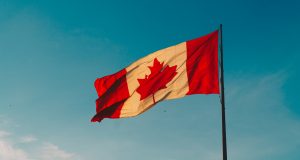 As a young student in Canada, with no real source of stable income, I have come to value the education system as a way to better the conditions of my life. I’ve just received a bachelor’s degree from the University of Alberta, where I have taken classes targeted toward becoming a teacher, as I am a firm believer in educating others. With no concrete plan for the next few years, I think I’ll continue with my education. I hear the U.S. has very good schools, and I’ve always wanted to see what Hawaii is like, so I might land there.

Ok, so that last piece was written a while ago, and now I can say I am now officially a graduate student at the University of Hawaii! It’s been a few months since the start of the school year, and I think I’ve made the right decision in coming here. Weather is a lot warmer in Hawaii, and although there is rain sometimes, I never have to deal with blistering cold anymore.

While in Alberta, I was taking sociology classes, and I’ve continued that trend here in Hawaii. I’m studying for my master’s degree, but I haven’t decided yet whether I’ll take it further than that. Also, as for the immigration process, it has been very long and annoying at this point with mountains of paperwork and long immigration office visits. I’ve encountered many government employees that haven’t been very pleasant at all. It’s like the I’m at the DMV, but office visits are much longer with lines out of the door and to make matters worse, no one speaks the same language. I’m in the process of getting my green card, and at this point, I’ve become very discouraged from pushing on and getting full citizenship.

After settling in to Oahu, I’ve been getting into running all around the island, as it is a good way stay healthy and in shape. Everyday I’ve gotten up, ran up this volcano named “Diamond head,” ran back down, and gone to school. I’ve found that this is a good way to start my day off right, and accomplish something before the day has even really begun. The days feel like they are getting longer and more boring, but winter break is coming, and I plan on going back to Canada to see family.

It looks like my habit of running has possibly lead somewhere. I was at a race here in Hawaii, and I had no clue where I was going, so I asked this guy I was on a bus with where to go. I ended up following him there, and after the race we met up again. We both finished the race, and for prizes, he got a gift card to a restaurant. Since he had this gift card, he asked me out, and we ate at the restaurant about a week later.

A few years later, and here I am. I wanted to write again to share that I have just graduated with my master’s in Sociology from the University of Hawaii at Manoa a few months ago, and am now looking for work, preferably in the education field. I’m still together with the guy from the race, and he proposed to me last week. We are looking for places to go in the mainland of the U.S. and so far, California looks like a good fit. It has nicer weather than what I am used to in Canada, very good school that I could teach at, and is still the closest state to Hawaii, if we ever would want to come back and visit friends. Before all that though, I think we’ll find a place to get married here in Hawaii, because it’s so picture-esque.

About six months later and here I am. I’ve since gotten married to that guy I mentioned before, and we’ve moved to the mainland, California. I’ve landed a job at a community college here in California, and I start work there in a few months when the school year starts back up again. It’s really beautiful here and I can imagine a life here that will last for decades.

Some time has passed once again, and I’ve been working at the same school for a few years now. I’ve got a couple of kids now who are in daycare over the course of the day, while I’m at work. I still have my green card but have thinking more and more about getting full-blown citizenship because of something I learned about from some fellow immigrants. They told me about something called a “deportable offense” which can be a minor offense in which I can still be deported for because of my lack of citizenship. I have built a life here in the U.S., and being deported could put that all in jeopardy, which is motivating me to work on getting citizenship.

Another reason that I’d like to be a citizen is that there have been many elections which have come and gone since I’ve been here that I have had to just sit and watch. I want to become a member of this nation’s political scene, which is just another reason I am now working on getting citizenship.

A few months later, and I can now write this saying I am officially a citizen of the United States. I can now vote, and I can’t get deported, which is huge for my family. This means that we can’t get separated and I am very happy about this. That’s it for my life at this point, and who knows, I might pick up this writing about my life again sometime.

This story is based on an interview by Lachlan Stayte, a student at Palo Alto High School.