From Aztec to Gringa 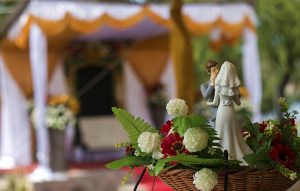 She had a lingering desire to go back, but she knew she had to stay to guarantee a secure and prosperous future for her children.

During Franklin Delano Roosevelt’s presidency, he made a statement about immigrants. He stated, “Remember, remember always that all of us, and you and I especially, are descended from immigrants and revolutionists”(1932). This quote shows there has always been immigrants and they contribute greatly to wherever they immigrate to. Today I am going to tell you a story of an immigrant that came from Mexico. Her name is Maria. She is a witty and resilient immigrant currently living in Hayward, California. She came from a pueblo called Santa Maria located in Jalisco, Mexico.

Let us start by explaining how her life was before her immigration. Her life was similar to most immigrants because she had only enough to survive, but never enough to enjoy the luxuries of life. Her family were farmers and survived because of the crops they harvested in their plot of land in Santa Maria. She started working in the fields to help sustain her family when she was barely 10 years old, but her true passion was in education. Unfortunately, her family could not afford to get her the necessary education to get a career or even finish high school. Almost all the people in her pueblo were under those circumstances, making them a close-knit community because they knew the struggle and were struggling together. The people in the community would help each other whenever they were in a difficult situation.

Her life later changed because of her cousin’s wedding tape. It changed her life because her future husband, a US resident, saw her on that tape when visiting his friend, who was her cousin’s husband. He asked his friend for her name, showing his interest in her. Knowing that he had an interest for her, his friend introduced him to her through the phone, and they would end up talking on the phone regularly after that. After sustaining a relationship, she married him and decided she wanted to move to America to provide for her future children and to be with her husband, who was in the United States.

After deciding to immigrate to the United States in 1993, she hired a coyote, a person who crosses illegal immigrants through the border. The coyote took her through hills and valleys to be able to cross the border and to take her to the United States. The journey was a challenging task, often having to walk long lengths and be precocious of everything to avoid being captured. Throughout the adventure, she felt anxious and fearful of being captured when she was traveling. She often felt defeated and had wanted to give up, but she took up the challenge for the benefit of her future children and herself. Then after she crossed, she went to a store where someone picked her up and left her at the San Jose Airport. At the San Jose Airport, a family member picked her up. After a few days, she moved in with her husband and began her new life.

When she first came to America, she was sad because she missed her family. She had never been this far apart from her family. She had a lingering desire to go back, but she knew she had to stay to guarantee a secure and prosperous future for her children. After a while, she got accustomed to the United States and the lifestyle of the the United States. She also did not miss her family that much anymore, because more of her family members started coming to the United States. After some time passed, Maria also got a job in a bread factory with her husband, and they had their two kids. After getting accustomed to her new life, she then began helping out her family members from Mexico to settle in by giving them shelter and food in her household. She took joy through helping other people succeed, although many did not appreciate the favors she did and did not help her like she did to others.

She is still living in the United States with her family and is supporting her family through working as a babysitter. Her new hopes are to build a house in Mexico. She has recently started building the house where she plans to stay in when on vacation and eventually permanently stay in that house. This new house will also help her husband’s dream of opening a bakery, since there is going to be a room designed to implement a bakery. Her last and most important dream is that her sons are well and accomplish their goals. She has helped one of her children go to college and is waiting for her youngest son to also go to college.

This story was written by the immigrant’s youngest son, a student in the Bay Area.