Migrated to America for the Children’s Futures 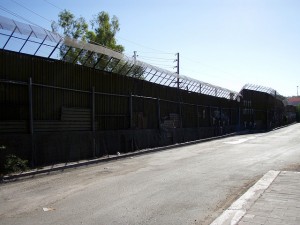 The year was 2000 when Rosendo just got into Arizona, but it didn’t start out well at all. All that they were able to see was sand and all he could feel was the hot wind in his face. His wife, Evelia, was pregnant and while getting over the fence she falls around 15 feet onto her stomach, and as soon as he thinks that it can’t get any worse he starts looking around to find her sister-in-law that they came with only to see that they were nowhere to be seen. And it was at this moment was when Rosendo started to think, “Is getting here worth all the trouble that we have been through?”

It all started when Rosendo was about ten years old when he would imagine how great America must be, the freedom, the opportunities that it gave people like him. He would always just sometimes look off into the distance at night when he and his brothers were on the roof after a hard day of work. Even though he would have to wake up at 6:00am and get ready to work the whole day he promised himself that he would one day reach his dream, and he never forgot about his promise that he made.

Years later he fell in love and married his new wife Evelia, and a had a small girl named Lizeth and was pregnant with another child. But then one night he brought up a topic about leaving to America. For a moment it was just silent, but then Evelia started to wonder if she was serious or was this a joke. “I’m serious and you should consider it too. I mean do you want Liz and our new kid to go through horrible early life that we went through or do you want them to actually have a life that is worth living?” He responded. They kept talking about how they feel that their life in general would be much better. After discussing the topic much much more they finally decided that they were going to risk it all to make sure that their kids will have a future.

Evelia later found out that her sister and her husband also wanted to leave Mexico for their children so then she started talking with all of them about how they should all leave together. First they were going to hire a coyote, which gets paid to help out the customers to cross the border and this coyote would always walk around the border. When they agreed on a day to leave, they walked for three days until one morning the migra,the deportation police, found them and gave them a warning and sent them back to their city. This was a good thing and bad thing, it was bad because the coyote said that we were almost at the city, but it was also good because they were all talking about how they didn’t think they would be able to survive another day out in the desert.

But this didn’t stop them, about two days later they said that instead of walking that they would do the opposite and take a car. Again like the last time they were caught hiding in the car and this time when they took them back they put them in a holding cell for about three hours until they finally had to let them go.

Finally they decided to try the only other chance that was left. They were all going to walk, not nearly as much as going around, and then jump over the fence. The fence was a tall fence that is around 20 feet tall that surround the whole border. This was working out great because as soon as they saw the fence they all picked up the pace and they weren’t going to last as long as expected. This time the coyote brought a friend because this was really difficult and if something happens they would have to split up.

Finally they got over but Evelia fell off the fence and they had to split from the others. Later they met up at a rendezvous point that they established before but they still didn’t see them there. Later at night they found her near a gas station and then they were off to Los Angeles and that’s where one of Evelia’s sisters agreed to pick them up and later took them all the way to Los Banos and they stayed with them until they could settle in on their own. Rosendo and his wife later repaid both of them for all of their help.

Now Rosendo and his family live in peace and try to help other immigrant families. Today he and his wife both have steady jobs while their oldest child attends a university and other children go to school. When he later discussed the topic of whether he is living the future that he was hoping for all he said was “The only future I ever wanted was the one in where my children had a childhood that I was never able to have and a life that was worth living for.”

This story was written by son, Alexis, who is a 9th grader in Redwood City.