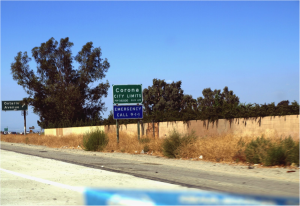 As I was to begin this journey, all I could think about was getting to my daughters and being able to hold them in my arms. I also wanted to see those same little girls grow old and follow the future that I hoped they get to have when I move to Los Estados Unidos, where dreams come true.

It was 1989 and I was 28 years old living in Guadalajara with my aunt who had raised me. La economía estaba por los suelos. The economy was near the floors. Our president at the time was Carlos Salinas de Gotari who was an awful president. He was secretly stealing money and was leaving the people in ruins. At that time, my daughters were in the US with their father waiting for me.

This is when I realized that I had to go to the US and stay there for good. I wanted a better life for my daughters and for me. I also hoped to see my daughters and husband que ya habían cruzado para el otro el lado. Who had already crossed to the other side.

I remember one morning, ten men and I arrived in San Luis Río Colorado to meet the coyote1 who would drive us to Corona a small town near Los Angeles. I remember the sweat dripping down my back, my forehead, large drops of sweat would fall off my face due to the hot temperature that continued to rise. We would carry our bottles of water and nothing more. The journey would start with these ten men and one woman, myself. I was nervous, but all I was focused on were mis hijas hermosas, my beautiful daughters.

We all sat down in the van, while simultaneously drinking water. Nobody had food in their stomachs we were hungry, but the hunger was ignored. Our coyote drove miles and miles and after a few hours, we transferred to unos carros de sitio, cabs from Corona who the coyote had paid for. Those cabs were driven by some men who were called los pollos de el coyote. These men drove us near the border at night where other pollos del coyote were waiting to receive us. They were men who would make sure that la migra was not near us to the point where we would get caught. So we began to run through the dark grassland past a river. I was behind all of the others, but I continued to run. When we began to get close to las láminas4 and all of a sudden, one of los pollitos del coyote yelled out Corran patras, viene la migra! Run back immigration is coming! We all ran back, and as I turned around, I saw some bright lights coming from the opposite direction. Le pedi a mi Virgencita que no me desamparara. I asked my Virgin Mary to not abandon me. As we ran back, there was no other sign of la migra so we began to run back. We then got to las láminas where everyone began to jump while I was in the back. One of los pollitos del coyote stayed behind and he told me these words that I still remember today: “Yo te voy ayudar y tú vas a brincar la lámina a las tres… una, dos, tres!“. I am going to help you jump the tall metal fence at the count of three… one, two, three! As I landed on the other side of the fence, I remember feeling an immense blow of pain in my heel. As we looked up, immigration passed by and spotted us, but did not bother stopping. They drove away.

We then met other pollos del coyote who were waiting under a tree who then drove the ten men and I to a gasoline station where a pair of officers just stared at us suspiciously. Los pollos nervously finished filling the tank with gas and drove away to then arrive to one of the coyote’s pollo’s house in Corona. A day later, one of the coyote watchers drove me to the Home Depot in East Palo Alto, where my husband picked me up. I remember standing there looking down at my ripped jeans and suddenly seeing drops coming from my eyes falling to the ground.They were not tears of sadness, no, they were tears of joy. I had gone so far and I had made it. Le dí las gracias a mi virgencita hermosa. I gave thanks to my beautiful Virgin Mary.

I am currently a mother of four daughters and a grandma of two boys. Unfortunately, mi esposo partio, my husband passed away. I however, am happy and I’m sure he is to see that my daughters have gone so far and that after all the obstacles I faced, I overcame. Knowing this makes me feel amazing because my daughters have gotten so many opportunities that I know they would not have had in Mexico. I am grateful to see that my daughters continue to strive today and continue to tell me Lo hago por ti, es mi turno de sacarte adelante. I do this for you, it is my turn to bring you forward.

This story was written by a student in the Bay Area after interviewing her mother.