Flipping the Switch of Home (Australia) 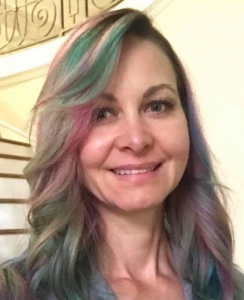 Flipping a switch can have any range of consequences, from turning on a light to launching a rocket. One of the most important switches, for an immigrant like me, is the switch that you flip when the country you live in becomes your home. The action of flipping the switch can be excruciatingly slow, for my husband and I it took us eight years to flip that switch completely.

For some people, like my husband and I, it is possible to flip the switch. But for others, like my half sister, it can be almost impossible. My half sister was born and raised in the Serbian portion of Yugoslavia. Right before Yugoslavia broke up, my half sister, Sandra, immigrated to Australia. In Australia she settled down, found a job and got married. But after a few years or so she went back to Serbia on a month long trip. This showed me that she had not made Australia her home.

When Sandra got back to Australia she settled back in and got on with her life. Soon after that she had a child, and I believed that she would consider Australia her home, at least for her kids sake. But after her kid was old enough she took her family on a trip to Serbia for a month. When she got back she told me the greatest stories, about how beautiful Serbia was, and how nice the people were. She told me these stories with such longing in her heart I know that she only stayed in Australia for her kid, her job and the friends and family she made living there. Seeing this I was fearful of moving anywhere, because I wanted to feel safe and comfortable where I lived and I know that she sometimes did not feel that way.

I came to the U.S from Australia because of my intention to become a professor of biotechnology, which required an academic fellowship where you studied two years abroad, as well as two years in Australia. Finding a place to study abroad was the simple part. The difficulty arose more from the cost of living than anything else. Electronics are not compatible, as the voltage of the outlets are different, so we had to buy an entirely new set of electronic appliances. Housing in the Bay Area is prohibitively expensive. And little things like finding a new doctor, dentist and optometrist for my glasses is something you don’t think about much beforehand. One ray of hope was that the booming Biotech industry in the U.S. led to a job offer coming up for me about one year into our stay. It paid so much better than my job in Australia that any idea of returning went out the window.

However, at this point the U.S. was not our home, a place where we felt safe and comfortable, even if it was where we lived. This stemmed partly from isolating cultural differences between me and my American coworkers.Once while I was working on a project with my coworkers I confidently stated “Well this is cactus.” If I were in Australia everyone would have known that I meant that the method we were using was dead or broken. But I was in America so all I got was blank stares.

Soon after this we started to reach out to friends about any Australian activities or groups in the area. I talked to multiple people, but Mary was the only one who knew anything. I knew Mary from the hair salon where I get my hair dyed. What Mary told me was that there was a Bay Area Aussie rules football team, of course when I heard this I had the biggest smile in the world on my face. After telling me about the team she gave me one last detail, that they were called the Santa Cruz Football team. It almost felt like the world that I had built up in my mind was going to collapse in on itself after I heard that. Trying to hold everything together I did some research into the Santa Cruz team. What I found was that the team played in Concord in the East Bay.

After a week or so of getting ready, my husband and I went to one of their games and met so many people who had stories just like ours. As we got home that night, covered in dirt and bruises, we decided to try and make America our home. At this point it is arguable that we had flipped the switch, but there were little things here and there that made it a tenuous connection at best. Something monumental had to happen in order for the switch to be solidified in its position.

Little things started to turn into big things. At this point I had been in my job for a long time, instilling in me a sense of commitment. We had also brought all of our stuff out of a storage unit in Australia and had it shipped over to the U.S. The last big straw was that four years after we found about the football team we had our first child. This was the big event that solidified, beyond a reasonable doubt, the U.S was our home. Because at that point we looked into the future, and thought about what we wanted our kid to have growing up.

First we wanted stability for them, because no one wants to move with a kid who is only a few months old we decided America was the best place for stability. Then we thought about how we wanted our kid to be safe. So we looked into the crime and healthcare of lots of bay area locations and decided that for its cost Redwood City was the best for us. Education also went into our decision to live in Redwood City. After a few years we had our second kid, and all the forethought that we put into raising our first kid helped us even more with our second. All of these events flipped the switch to make America our home, and they erased any fear of mine about not feeling comfortable where I lived.

This story is based on an interview with Belinda Cancilla. Belinda immigrated from Australia to the US in 2000 in order to complete a Postdoctoral fellowship.