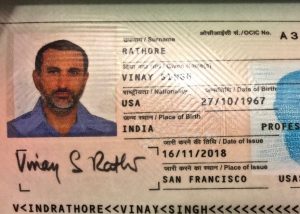 “Fifty two American diplomats and citizens are currently being held hostage by Iranian students in the United States Embassy in Tehran, Iran.”
I had heard the phrase hundreds of times at this point, repeated through every news channel, radio station and front page in the country. Looking middle eastern, being friends with middle easterns, even simply being associated with middle easterners was a social suicide within itself.

I was a young Indian man, with dark hair and dusky eyes, and an olive complexion. However, that didn’t matter to those who couldn’t tell the difference: I fit the profile of a rugged, treasonous Iranian who not only hated capitalism, guns, and freedom, but who held fifty-two Americans hostages myself. That’s what everybody else saw, at least.

I was in high school at the time, which worsened everything. Being one of the few brown people in a mostly white school, neighborhood, community and city, was tough regardless of a hostage crisis or not. The hostage crisis made it terrible, though.

I would get glares at the grocery store from older white women and sometimes, if I was lucky, the men would be brave enough to outright say something. It was as if the complex political and economic relationship between Iran and America was the only thing that citizens relied on to evaluate the inherent value of “Iranians”, or i.e. anyone with dark hair and eyes. The worse the relationship, the worse the people.

The worst encounter was one night, walking home from my job at McDonalds as a 17-year-old teenager. I had the night shift on Friday nights, which lasted from 6 p.m. to 2 a.m, and so I had to lock up the place and leave late at night. As I was walking home through the downtown area towards my home, I saw four or five young men grouped outside of a bar. Most bars closed at about 2 a.m in the city, around the time my shift ended, so usually my route home was typically littered with stumbling drunks. Some were angry, after having been thrown out of the closing bars, and some were merely young and intoxicated, trying to find their way home. It was a regular occurrence.

When I was four or five feet away from the flock of men, they began spitting slurs and throwing pejoratives at me. I heard a sudden crash of glass, and one had smashed a bottle against the wall, brandishing the sharp side. My hands were sweating, and I could feel my heartbeat thumping in my chest like a bird desperately trying to escape a cage, and yet I could hardly move. Making myself as small as possible, I scurried away from them across the street as fast as I could.

It was pretty scary. I tried to rationalize in the later days to excuse their behavior, to convince myself that not all Americans were like that. They were just drunk, I told myself. They didn’t mean it: they were just drunk, young and stupid. I couldn’t stop thinking about it, though. That’s when I knew the Iranian hostage crisis had changed us all: it made me terrified to live in this country, and made Americans terrified of darker foreigners.

I felt like I was being held hostage myself. My inherent identity was suddenly threatened, and its destruction was at the will of my American captors who were determined to see the worst in everything. The stares, the sneers, the humiliation and the final possibility of brute violence was evidence of it all. I was being held hostage in my own country.

I saw the flaws of American nationalism so much more apparent than ever. Despite being entirely American, consuming the same culture, having the same friends, even living in the same neighborhood, I was alienated for something I couldn’t control. It’s a quiet, fear that I still hold today.

This story of Vinay Rathore who immigrated from India to the US in 1969, was written by his daughter, Maya.