The Family that Evolves (Mexico) 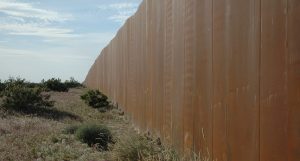 I do not remember what it was that was said; all I remember is the loud words being thrown at me.

It was very difficult living in Mexico because my family had economic problems. My family members did not have good jobs, or even a job at all. My mother did not work so that she could take care of me and my siblings. In the minds of my two sisters, the thought of my mother being caring was a joke. They would say,“Esa bruja está tratando de matarnos con sus malas demandas!” “That witch is trying to kill us with her evil demands!”

I know my mother could be crooked sometimes, but I think my mother loved us so dearly. She loved us all, but the perception of that, in my siblings, was all different. I could see the tears she was holding back, I tell her, but she denies all that I say about her sadness. I understood that all she ever wanted was her family to love her, but that was not the case. I feel guilty for not stopping the words that exited my siblings’ mouths, because the words eventually sharpened to pierce the heart of my mother. Maybe one day she might be gone forever, and the last thing she would hear is the cruel words of my two siblings.

My father worked as a construction worker and a cook, and was given a very low wage from both jobs. “Hard-working, very kind man,” my mother stated. It was too bad that the love and big heart were never shown because of his absence in our lives. He was never around. He would mostly be working, but the little notes that would be left on the unstable table would be seen as lies by us: notes filled with heartwarming messages that made me and my siblings gag.

My home, it was a cube-like structure, made of wood with a lot of holes in it. So that meant we were vulnerable to the cold and rain. My family (5 brothers + 3 sisters + mom + dad + me) had to sleep very close together to keep warm, like penguins. On the floor of the “shed” (according to my rebellious eldest brother), we all slept.

I was in my early 20s when I got married to my husband, a 30-year-old man who was very handsome, very humble and flirty. The main thing that made him swoop me up so easily was that he could ride a horse and make it dance. I found that very impressive and interesting (weird hobbies can pay off).

I had many jobs, but none paid me enough to be satisfied. That is the main reason why I wanted to move to the USA with my family (husband, son, and daughter). I knew it would be full of opportunities to take. It took a lot of planning between me and my husband. We thought about all of the things that mattered. “¿Vienen los niños con nosotros? No podemos tenerlos para quedarse con sus parientes, necesitan una infancia mejor que la que teníamos aquí.” “Are the children coming with us? We cannot have them stay with your relatives, they need a better childhood than what we had here.” They left before we did, with my husband’s sister to take them to another one of his sisters, who owned a house in LA. I knew that it was good for them.

Because my husband had been to America, I had to go with him to a country that I could only imagine to be a land of workers and wealth. I knew there was going to be good opportunities waiting for me. I started to work as a maid, cook, and many more in Mexico, which all paid me similarly. As a maid, it was very difficult because I had to clean someone’s filthy living area and the pay that I received was not good. One day that made me quit my job was when I received disrespect from the owner of the house. I do not remember what it was that was said; all I remember is the loud words being thrown at me.

I needed my husband to come with me to guide me where to go. I first walked across hills where, according to my husband, “Sería más difícil para ellos encontrarnos.” “It would be harder for them to find us.” But instead I felt as if I was at a disadvantage. I felt like I was vulnerable, and a beaming light with a strong glow could attract the border patrol’s eyes to us. “Va a ser muy caliente, usted debe reconsiderar sus opciones de ropa.” “It is going to be really hot, you should reconsider your clothing choices,” my husband told me. I did not listen to his warning to me, so I continued the day with my long-sleeved shirt and jeans. That decision is what I regretted the most, because I was sweating SO much.

Our journey to the wall was near; we saw it from a distance. Instead of running to it out of excitement, we carefully walked towards it. We were very cautious of the border patrols, so they would not catch us. They were probably on a holiday vacation, because we saw no one. I climbed on the back of my husband to get over the wall, and I instantly fell to the other side. My husband lifted himself up and landed on both feet next to me. What a show-off, I thought.

He also warned me about the many deadly creatures that lurk in the desert as we passed the border. This struck anger and fear in me. Many questions flourished into my mind like, Why did he not tell me before we ventured into the Devil’s den? or, Which one of my hands is willing to grasp the neck of a deadly creature and strangle it? Guess what I saw, a couple scorpions and a snake. Very terrifying indeed. Then I kept walking until I saw the highway. When you see that, you know that you have made it. So my husband and I ran across the highway really fast, just in case a car comes by and CRUNCH! …CRACK! there goes our bones if we are run over. Our legacy would have been painted on the side of the highway with our blood and rotting organs.

I had to move in with my husband’s sister in LA, and caught up with my children there. We stayed there for a while, then moved to East Palo Alto when both my husband and I had a job. He was a janitor, as I… cleaned more houses. At least I received a higher pay and did not receive as much disrespect as I did before. When I would clean the houses, the different people that I met just looked at me funny out of disrespect. The stares made me uncomfortable.

Nothing really happened, only shootings on the street. At first it was scary, and I feared for my children’s lives, but then it became a normal thing that happened. It was very difficult talking to people because I only spoke Spanish. My husband was a quick learner and learned a little bit about the English language. That is why I let him do all of the talking whenever there was any sort of introduction.

Now, I am happy and glad that none of my family members are in the life of crime. I am happy I can spend most of my life with my children and their children. I just feel sad that I have left my family in Mexico; I feel as if I have abandoned them. I have visited them, but it still does not fill the void in my chest. It especially did not help when my mother died. My old, crooked, loving mother died. I paid my respects by going back to Mexico to see my siblings in all black, getting ready for a funeral.

I have not made any friends since coming to America, but that does not matter. To me, it is all about my growing family. I now have hard-working grandchildren who look to seek a better education than I did. Then, when they are grown up, they can maybe provide for their family more easily than I did. All of my three daughters are in very strong and loving relationships, but my son is not. I wish I will soon be there at his wedding before I die. I just want my children (and grandchildren, too) to grow up and accomplish their goals. This way, I can see that coming to America was filled with opportunities to grasp. Being in my shoes will show you that I have it all, and by all, I mean only one thing, family.

This story was written by the grandson of the immigrant, a student in Palo Alto.