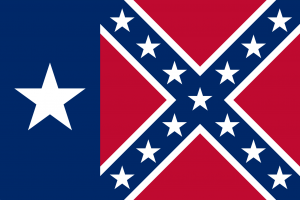 Texas may have been a racist state in the 20th century, let us not forget the times of distress behind all the distress. Photo by Fry1989

You could say we were to chase the “American Dream,” yet we left because of our American nightmare.

Oh gosh why was the car ride so long? Hope. How much more can I take of this? Hope. Why do we have to move? Hope. Why is it that I suffer the most? Hope. What more can go wrong? Hope. What did I do to deserve such an awful life? Hope. Why should I keep going? Hope.

My life as a young child was very difficult and sometimes my family found it hard to put a meal on the table from time to time. For Lubbock, Texas, there was always something going on that either had to deal with racism or the feeling of making it to another day. You couldn’t walk down the street and say hi to your neighbors, unless you wanted white men to harass you as if you were some kind of animal. I didn’t think much of that during my time in Texas, mainly because I was only five at the time, but sometimes I hear how much of beating it was to be there. Being that my mom was a single mother with 3 children, things were always hard and the absence of a father only made life that much harder.

You could say there were things to keep hope for. For myself, it was the satisfying taste of a Big Red soda and the feeling of my Cabbage Patch Doll. For others, it was the Saturday morning cartoons that everyone looked forward to talk about the following Monday. For the five years I was in Texas, I could remember the taste of my grandmother’s pozole even to this day. I also still come to think of the hottest days when I use to run in the sprinklers just to feel the satisfaction of being cool. Life seemed okay. At five years old, there was not much to think of and my mom suffered the most distress at the time, which  I guess is one of the reasons we had left the surreal part of Texas.

At the time, people were mean and racist towards each other in the part I came from. Cracker this, cracker that. You dog, you animal. What did it all mean? Did I have to tell myself it was going to be okay? Or did I have to face it? Why were the other kids given a chance to cut in the lunch line? Why did I have to wait to go on the bus? I guess my skin is fair and life is not, which led me to hold onto something for five years. Something I was not yet sure of. Something I call hope.  Something that was the gasoline that kept me going. Since there was little to no work in Texas, my mother had made a pivotal decision to come to California.

To make a better life for her children, and to better support herself as well. You could say we were to chase the “American Dream,” yet we left because of our American nightmare. All I could remember was the hottest day of the summer, and my mom telling me, “Come on, let’s go. We’re going to have a new start.” When I got there, I saw that the opportunities in California were incredible compared to those in Texas. A new start meant we could meet new people. And if we were lucky, we could escape the burden in Texas. My brothers were willing to go, and I guess I was willing to go as well. I don’t think I was ready to leave my doll though.

The hardest of days, and even the hottest of days, I still come to think of the day we left for California. It was a hot morning in the summer of 1971, and I had very few time to pack my bags for the longest car ride of my life. My cousin, my 2 brothers, my aunt, my mom, and myself were all tightly packed together in a snug car.

The first few months, few days, and even the first few years were the longest of my life. I had to endure the countless times moving from relative to relative, because in the beginning, we had no place to stay. Until nearly 6 months, we found an apartment that would be what we call home for a while. During the time at the apartment, I remember jumping fences to go in our neighbor’s pool in order to swim when days were hot. At the time, I always looked forward to Saturdays, when our relatives would come over or we would go to their homes and have amazing barbeques. The sweet, delicious ribs and the corn on the cob made my journey to Texas worth it, but obviously. With a side of mashed potatoes was my preference. I didn’t get my first job until I was about 15 years old, and that was babysitting for family and friends. But hey, $50 dollars was quite the amount to get paid per week for something that I enjoyed doing. Even the slightest wage made me the happiest teenager at the time.

I do remember every Sunday, the radio would play oldies and love jam songs. All the lowriders would ride down Story Road, cruising to just have a good time. I fell in love with that atmosphere and that’s ultimately how I met my husband. The lowriders were a time for people to kickback and appreciate life as much as we appreciated ourselves. Growing up on the East side of San Jose was rewarding at times, but also kept me on my feet. Seeing crime and poverty throughout my childhood was scaring at times but became a lifesaver.

My transition to high school wasn’t the smoothest but allowed me to see the bigger picture in life. At that time, I wasn’t really worried about college all too much, primarily because my mom did not stress and introduce me to the idea of going above and beyond. Therefore I only completed high school. I moved out of the house after high school, because of a conflict I had with my sister that didn’t allow for my mom and I to get along. I no longer wanted to come home to my mom arguing with me about my responsibilities, and decided to go to beauty college after high school.

You could say I was satisfied but a part of me wasn’t, and that’s what empowered me to work harder. I needed something more than a part time job as a Hair Stylist. A job that not only makes me hungrier for success, but reassures me that I can be happy in what I do as a profession. I needed my life to be complete, more or so, to become more hopeful.

Ever since my first days in the Bay Area, my life has become one of much joy. When I was in my early twenties, I got another job, as I decided the career path of a stylist was not for me. I was able to become a surgical technician, and have kept the job for a little under 20 years, and I am not planning to retire soon. I met my husband after he came to work on my mother’s house for an AT&T job, and we have been married for over 16 years. As well, I have had 2 children who are twins, who I am very proud to call my own. Even though there were some dark times growing, I still managed to keep a smile. I look forward to watching my children grow, because my purpose is to make sure that they have the tools they need to become great people.

Of course, now I feel as if I escaped the state of poverty. But I will never forget the times when I had nothing. The times when I had no hope. The times where I wanted to forget everything that ever happened. When it was just my mom and my 2 brothers wondering when our next meal would be. My greatest life lessons have always come from the greatest moments in life. From the day I graduated high school to the day I had to drop out of Foothill College. For most, the American Dream is to hustle and stay up with the rest of the world. My American Dream was to have family I could turn to, call my own, and make sure everyone has a rightful place in my heart. To this day, I am never really sad because I know being happy will help others to thrive the same. I know because for every cloud there is in life, there will always be a rainbow on the other side.

This story was written by Christina Ruiz’s son, Raymond Ruiz, a student in the Bay Area.