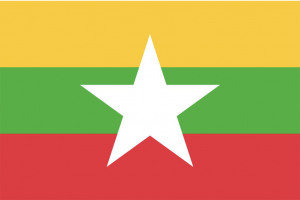 My neighbor grew up in Burma (Myanmar) in a time of political instability.  He later went into northern Thailand with his family at the age of fifteen. He was able to come to the US on a student visa to attend college in southern California. After college he moved to San Francisco to be with his brother.  His brother had citizenship here, having married a US citizen.  Also he’d heard that San Francisco was a “Sanctuary City” and he was hoping not to have to go back to Burma.  In Burma he would face persecution from the government due to being part of an ethnic minority.

In the words of my neighbor:

“I grew up on the southern end of Burma, in the city of Mawlamyine.  I’m the oldest child in my family.  I remember my parents spending the last few months before we left talking in a room in worried voices.  In my community we were accepted, but the government and military had become violent in other cities toward other ethnic communities.  My family had started having trouble with the government.  They had put troops or paramilitary troops in our town.  I remember tensions rising with my parents. They felt that we weren’t safe anymore.

My Mom had family in northern Thailand where her sisters owned a couple of houses.  These days, I’m close with my brother, but not so much with my parents and other family that are still in Asia.  I talk to them through Skype though.  By moving to the US, I became distant and separated.

I attended UC San Diego.  When I first came I found the culture of the University, the people, and the food to be strange and odd.  But looking back, I see that I got used to it and integrated pretty quickly.  I wanted to get a good education.  In my native country, the US education is always praised and known for being best. Where I left there were not a lot of good jobs.  I knew I didn’t want to spend my life working to earn the bare minimum. I received a Bachelor’s Degree in Political Science. Currently I have a pretty good job and good friends.  I’m concerned if I went back (to Thailand), I would not be able to return to the US.”

The interview was conducted by the immigrant’s neighbor, a student at Foothill Community College.