Escape From Oppression as a Daughter 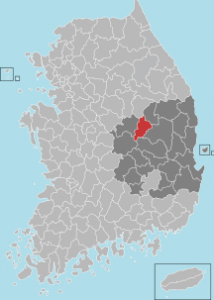 When did you first consider emigrating from South Korea?

Since I was 10. It was horrible. My parents were very old school and from the countryside of South Korea. Sons were valued much higher than girls to the point that nobody wanted to have a daughter. My mom had 5 daughters until she finally had a son. I was the oldest of all boys. Daughters were seen more as a burden. I had to take care of all of my little siblings.

Why did you want to move to America?

South Korea at the time had very Confucian values. There were a lot of worshipping ancestors and ancient values, the patriarchy was very strong and in control, and women were basically subservient to men. Men were regular and women were second class citizens. You were at the mercy of men and had to obey your father and husband.

American and western values were more aligned with what I believed in. It was more progressive. Women could still not vote in Korea.

How were you exposed to american values?

Although the US had very different values, we were taught that America was a model country that we should emulate. America was very wealthy and prosperous and South Korea was not as developed as it is now. Because of America’s wealth, we saw their tactics as ways to get ahead. I believe that Korea is doing well because of the integration of Western civilization and culture. If Koreans still followed the ancient ways they were taught, they could never get ahead– if they still stuck to Confucian values, that would hinder their prosperity. Korea was bound to horrible values that didn’t serve them.

Did you ever consider immigrating to countries other than the US?

No. I think part of the reason why was because of the US Army occupation in Korea. We had the most exposure to American culture.

What was your impression of the US upon arrival?

So wonderful. I moved with a man I met in South Korea that I was engaged to, Greg. His mother had a house in Orinda, California and we lived there at first. I first arrived in San Francisco and then traveled to Orinda. Greg’s mom actually was a minister and married us in her house. Greg’s father was a geologist working for the Korean government when I met him, and he lived about a half hour walk from my home. I got a visa through marriage. We met around 6 months before I flew out to the US.

Orinda is very affluent and had virtually no crime. My perspective of America was very one dimensional; I thought that everywhere was like that. Before I moved here I thought the streets were paved with gold. Orinda was not so congested and small and the neighborhoods were big.

Awful, my family was very poor because of all of the children we had. My parents had some money but not for me. Only their son. I was malnourished and the skinniest kid in class. Our family values were very ancient and strict as my parents were part of a minority of people that were both from the Korean countryside. They were very uneducated. My dad was from Oesung, and my mom is from Yecheon. I was born in my mom’s parents house and we were dirt poor. My dad was in the army for 5 years and this was a problem since my mom was trying to have kids and couldn’t while he was away. My dad used to say that he and my mother should “throw me out the window”, and that fortune tellers predicted I would be a boy. Since I was the oldest of 5 girls and 1 boy, it was oppressive how much I took the role of caretaker.

Did you face racism after immigrating?

I actually liked being an Asian woman in the 1980s. I primarily lived in Orinda and Berkeley, where most people were educated. No one was really racist to me at first but I have gotten more comments in rougher areas.

Did you ever have regrets about moving here? Do you ever feel like going back to visit?

I’d like to visit but never regret moving out here. I’ve never thought I want to move back to Korea.

How did you feel about your family staying behind in South Korea?

I didn’t have many sad feelings, I had to go. I was a little sad but too much, I was just so glad to get out. In Korea, the parents are supposed to take care of their children until they’re married and pay for their education. I think my parents saw me moving as having a burden lifted off their shoulders. My sisters didn’t have much of a reaction and neither did my brother.

Did any of your family members have an opinion on your immigration? Did any of them consider it themselves?

None of them really considered moving out of Korea. They were somewhat happy for me. I think since I had it the worst of all of my siblings, they may have felt less traumatized and ready to leave.

Did you still talk with your family?

More regularly before, but after a while I stopped talking to them. In 1994, my father died and 100% of his inheritance went to their son. I haven’t really talked with my mom much since then and my siblings and I weren’t close.

This interview was very eye opening for me. I’d heard some things about my mom’s past but it’s always something she wanted to avoid when it came up, so I knew very little. I’m glad that I got the chance to talk with her and learn about her backstory. She used to tell me about how her parents were abusive, but I didn’t hear much about them otherwise. She still likes Korea but I think she feels pretty disconnected with their modern culture now.

When she moved here, she’d already thought that American ideologies were much more ideal to her than what she dealt with when she lived back home, and tried to enculturate herself heavily within American culture as soon as she got here. I think she rejects Korean culture in a way. She always told me to be thankful that we live here and that we didn’t grow up in Korea. During the interview, she did acknowledge things are probably different there now and more modernized. She isn’t very internet savvy so I don’t think she’s seen many videos or read much about the current culture there.

I do think her story may be a minority in regards to her parents being from the countryside, but I know that the need to “carry on the family name” through having a son was an extremely prevalent ideology before the 2000s. I am also somewhat disconnected with Korean culture, but I think only relatively recently has it become less sexist.

My global citizenry has increased because although my mother was living across the Earth, she still had many of the same feelings I do today in a completely different country. It was certainly very humanizing and made me think twice about what my perspective is and why, and how the way I grew up affected this. This interview made me realize how important the culture in which you grow up is in forming a worldview. The world my mother saw growing up made her reject Korea completely, and also due to American propaganda, set her eyes here and never come back. As a sociology student, I realize that this can be changed. I’ve learned so much about cultures vastly different from mine and it makes me look at my own culture in more of a third person perspective than someone that completely identifies with it as a part of me.

The interview and reflection were done by Ashley Rinaldo, who is a student at Foothill College in Los Altos Hills, CA.  She interviewed her mother, Byung Gwan.