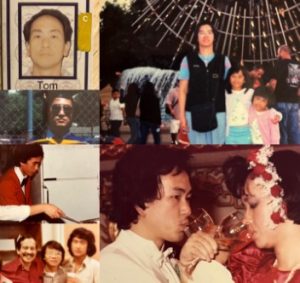 Tom Chiu is a first-generation immigrant who has lived in the Bay Area for more than 40 years. He is currently a resident of San Jose. Born and raised in Hong Kong, Chiu came to the U.S. on a F1 student Visa after graduating from high school.

Tom later graduated from San José State University. His career path has been steady and consistent at Santa Clara County’s building department, where he has been employed for more than 18 years. His rich experience in engineering and collaboration with developers has been instrumental in the completion of several housing projects for the County. He has worked on building low-income housing, medical facilities, and many other projects. Chiu especially appreciates the County’s diverse labor force; many of his co-workers are bilingual, and they work together to build a strong community.

Tom is a self-driven, honest, and kind person. Even after retiring from the County, he has continued his career in engineering. We learned that is a caring neighbor, he has good relationships with people, and when someone in his community has challenges, he is happy to help. Chiu is especially proud of his daughters. They all graduated from college and live independent lives. He strongly believes in the value of education, because higher education was critical in his own life and his profession is a significant element of who he is today.

Reflecting fondly on when he became a parent, Tom shared that they decided to move to a different area of the county to ensure that their children would receive a better education. He emphasized that his own parents also valued education highly. In Hong Kong, social class determined one’s life and it was not easy for him to come to the U.S. since his parents had five children and were not rich, but they did their best to find opportunities for him. After coming to the U.S., Tom had the burden of studying hard and working hard to support himself. As a student visa holder, he faced many labor restrictions, but he did his best to lighten the financial burden on his family by mentoring others, working in student cafeterias, and in restaurants. Tom says that the Chinese culture and its values that he brought to the U.S. helped him to overcome many challenges. The English skills that he brought from Hong Kong also allowed him to adapt to the environment faster. Tom believes firmly that immigrants of different backgrounds contribute to making the U.S. a stronger and more diverse country. However, the dominant media rarely highlights the contributions of immigrants.

Tom’s personal experiences made him independent and resilient as a person. Unlike people who come to the U.S. with their family members, he had to deal with the hard times on his own. Over the years, he has stayed grounded in his culture, and in his free time, Tom’s family celebrates Chinese traditions like QingMing, August Moon and Lunar New Year Festivals.

The policy changes that Tom hopes to see are primarily related to a system that ensures faster processing of immigration cases. Tom found out that the government has enough resources, but sometimes people in the community don’t know how and where to find them. When help comes, many people receive it too late. One thing that frustrated Tom was that he worked hard to provide for his daughters’ future, but when they needed federal student aid from the government, they did not qualify for it. In the end, Tom hopes that new immigrants will do their best to understand the U.S. system in order to claim benefits that they deserve. Tom lives his life by the following words of wisdom: “Be self-driven, never accept failure, never give up.” He models that determination by setting goals, working hard, and leading by example in the care and respect he shows for others.

This interview and narrative were done by Madeline Qu.