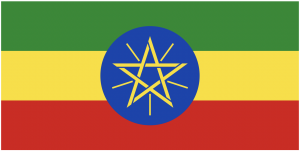 Saba (name changed) was born in 1982 to loving parents in the capital city of Addis Ababa in Ethiopia. The city name, translated from Amharic (the official language of Ethiopia) to English means new flower. The city name is apropos as Saba’s essence reminds me of a new flower by shedding beauty and positive energy to all that come in contact with her. Saba was raised in a middle-class family. She and her family lived a good and stable life. Her father went to college in Ethiopia and graduated with a degree in Social Sciences. Her mother did not attend high school. Saba lived in a traditional household where her father worked and her mother was a homemaker. In her years living in Ethiopia, she attended school with her younger sibling and received her high school diploma.

Was there conflict in Ethiopia when living there?

Ethiopia is located in the north-eastern part of Africa which is a large peninsula and geopolitical region. It is commonly known as the Horn of Africa. The country of Ethiopia has suffered much throughout its history, from extreme political turmoil, war, famine to recurring natural disasters such as; major droughts and floods. Typically, migration happens due to political upheaval. Saba’s memories of ongoing conflict in Ethiopia which was extremely bad, are forever etched in her mind. The civil war began in 1974-1991. Farmers and their families who decided to escape the bloodshed of the war would either immigrate or head to the city to seek refuge – either option didn’t guarantee a safe arrival or prospects of a better life. Migrants who wanted to leave Ethiopia, paid someone to transport them. Oftentimes, after payment was made, the transporters pocketed the money which led to more despair. The people who tried to escape from Ethiopia often died hungry, by frost, sickness or by drowning from overloaded boats of people being transported out of Ethiopia. Saba did not witness the war first hand, as it took place in the countryside. However, Saba felt the war physically by way of the news as well as the vast number of people fleeing from their villages who found refuge in the city of Addis Ababa, which is where she and her family lived.

The city streets became flooded with people who lost their homes, livelihood and almost their lives. These escapees arrived with only the shirts on their backs. They had no choice but to live on the streets and beg for food. Throughout Saba’s life in Ethiopia, it was commonplace for the homeless to go from home to home knocking on people’s doors, begging for food. Saba remembers homeless people knocking at her door, at different hours of the day and night, begging for food. The image of the many destitute people that came to her door, remains a vivid memory.

Ethiopia has always had political problems but they became far worse. As a result, her father lost his job working for the government. Their relatives had moved to the U.S. and encouraged Saba’s family to join them. That being said, they decided to immigrate to the U.S. for change and a better way of life. Saba’s family had great expectations of living life in the U.S. Reason being, American movies and TV shows they watched depicted people living the high life, where everything runs very smoothly. The family decided, due to the political unrest in Ethiopia, they would move to the U.S. Saba’s father came to the city of San Jose, in California without his family. His goal was to obtain citizenship first. Once that was achieved and permission was given, the rest of the family would join him.

Was it hard for your father to get a job when he first arrived?

It was difficult for her father to find work once he arrived. He dreamed of being a pilot and taking pilot lessons or studying law to become a lawyer. The expense was too great and the time involved to complete study for either was not in the cards. Reason being, he had a family to provide for back in Ethiopia as well as saving for the cost of travel to bring his family to the U.S. Soon after he arrived in San Jose, he began working as a taxi driver and continues to do so until this day.

Did you and your family speak English before arriving in the US?

Saba’s family members didn’t speak English before coming to the U.S. However, in high school, she took English classes. As a result, she could read in English but was unable to write or speak the language. That being said, when she arrived in California she decided to take a class, English as a second language and did so for one year. Saba did this in order to help her feel confident in her new surroundings, develop her communication skills and improve opportunities for employment.

What were you feeling when you left Ethiopia?

Saba was 21 at the time they left Ethiopia for the U.S. She was very excited for a change. Did you experience culture shock when you came to the U.S.? A culture shock for Saba was seeing extremely overweight people. Generally, in Ethiopia, people do not have weight issues as they have in the U.S. Saba had difficulty understanding how so many adults and children became so overweight as she had not witnessed that in her own country. Another moment of shock was when she went outside to the mailbox, and her aunt came running out of the house and reprimanded her for being outside without a bra under her t-shirt. Her aunt told her – in America, outside of the house, you always wear a bra! Times have definitely changed since 2003….

What have you been able to do in America that would not have been possible in Ethiopia?

One thing that stands out for Saba, that would have not been possible in Ethiopia, is having an American passport. Saba now has the opportunity to go all over the world. In Ethiopia, in order to travel, you had to apply to the country you wanted to visit which involved a lot of red tape. What is the greatest lesson you’ve learned since arriving in America? The greatest lesson Saba has learned since arriving in America is how parents relate to their children. Saba feels that American parents are more like friends with their kids. She feels they communicate and discipline in a more relaxed way than they do in Ethiopia. In Ethiopia, parents are stricter with their children and on occasion discipline by way of spanking. For example, as a child in Ethiopia, they need a reason as to why they want to go out or over to a friend’s. Saba finds American parents are more lenient with their kids. They don’t need a reason to go over to a friend’s house and socialize – it’s a normal and acceptable thing to do. Have you or your family faced any type of discrimination when you or your parents came here? Saba hasn’t felt discriminated against since arriving in America. In fact, much to her surprise she feels people have been very nice to her. At times, when she’s struggled to find the right words in English to communicate, people have been very patient and helpful. Her mother has had a similar experience. In fact, her mother does not speak English and works for a facility taking care of the elderly. She has experienced nothing but kindness and patience with her fellow workers and the patients she cares for.

What do you plan to do in the future?

In the future, Saba would like to spend more time at her church. She belongs to a Protestant church in California. It was there, she had a spiritual awakening of sorts. For the first time, she experienced feeling truly loved by God. When talking about this beautiful moment in her life, I hear her excitement in sharing her experience. Saba would like to be more involved in the church by doing charity work, going on missions or being a part of the church choir. Ever since she was a child, she’s always wanted to help the less fortunate. In Ethiopia, the elderly, who come from poor families, or don’t have kids of their own, are often completely neglected. As a result of this, many of the elderly (mostly women) are extremely lonely and are forced to live on the streets – with no care whatsoever. In the future, Saba’s goal is to go back home to Ethiopia and help the elderly in some capacity in order to improve their living conditions and give them personal care to bring some happiness into their lives.

The interview and narrative were done by a student at Foothill College.