Education Opportunities Bring Her From China 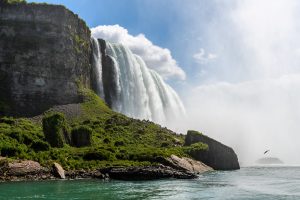 In the summer of 2010, Janice was studying hard in a high school classroom in China, where the “gaokao” was too stressful for her. She was afraid of failing to get into a good university. Life in her original country was pleasant, but the pace of life was too fast. Because China is a country with a large population, all kinds of competition are fierce. Her parents, in particular, are worried about her education, in a system that depends on a single test — the gaokao — to determine a student’s future. If you fail this exam, you will go to a not so good university and it will be difficult to find a good job in the future. Too few opportunities in general. At that time, she emigrated because many of her relatives (parents, brothers and sisters) had settled in the United States, so she followed her parents to immigrate to the United States in 2011.

Because she has family living in the United States, she quickly obtained a green card and an immigrant visa. At first, she felt very uncomfortable when she came to the United States because of the language barrier. She felt lonely and had no friends. However, she was lucky to have her family to accompany her so as not to be completely isolated. In order to help her integrate into American life faster, her parents sent her to a public high school without any Chinese. Her parents hoped that she could quickly improve her English in such an environment, but she became reluctant to communicate with others, feeling that she was very different from people around her (skin color, language, living habits, etc.), so she could not communicate.

What she didn’t like most at the beginning was language and food. When she first immigrated to Buffalo, there were few authentic Chinese restaurants and many American style Chinese restaurants. But it was quite out of line with her taste. She basically ate chicken burgers and tacos at school, so for a long time she lost her appetite and lost a lot of weight. But it has been a long time, she has gradually adapted to the life in America, made many friends, got a good job and got a good income. Sometimes she thinks about the place where she lived as a child, the friends there and the food there. She has kept the habit of celebrating traditional Chinese festivals and has been back to China many times.

Although she is satisfied with her present life, she also feels that there are still some problems in American society. The problem of American society for her is that different races have different behavior habits, so sometimes she is afraid that she will hurt others because she says something stupid in their eyes. At one time, the issue of gun control also worried her, because it is illegal for individuals to have guns in China, but it is legal in the United States. Some shootings reported by the news made her feel uneasy.

As citizens of the world, we should not only care about our own communities and countries, but also care about other parts of the world. They are concerned about inequality in the world, understand the causes of injustice and poverty, and are willing to take responsibility to challenge poverty and injustice.