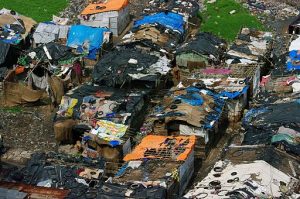 Nisar grew up in Ahmedabad, in the state of Gujarat in northwest India. He shared a large room with 11 other family members, 4 brothers, 5 sisters, and both of his parents. That room was his home, kitchen, family room, bedroom, all at once. Mom used to prepare a soup made of flour and water, a daily staple stewed on the camping gas stove located in a corner of the room.
Nisar´s neighborhood was a very crowded place where half of the people were homeless and slept on the sidewalk.

In India Nisar went to a top ranked public school. He was also ranked top in his classes most of the years. His family had a lot of financial problems because they had very little income; he and his siblings had to work in cotton mills after school to bring money home. ¨Kids were in high demand in those factories because their small, nimble fingers could handle delicate work better and faster than adults. However, danger was always looming in the cotton mill factory and for us children, it was a blessing to count all our fingers at the end of the shift.¨

At 10, Nisar recalls drinking Coca Cola once with his friends. ¨It was the ultimate luxury, just like sipping the most expensive Champagne¨. Nisar Shaikh’s life in America began in 1967 in Palo Alto, California. He moved to United States when he was 23 years old on a scholarship to study mechanical engineering at Stanford. Nisar came to the United States by himself and brought his family 12 years later.

At Stanford, Nisar lived in a student’s residence and completed his PhD in 1983. He brought his wife to be in the United States during those years and had a son with her. He first found a job as a sales engineer and disliked it. However, that was all he could find at first. He then became an assistant professor at University of Nebraska Lincoln.

This story is based on an interview with Nisar Shaikh by Palo Alto High School student, Anil Hosgur.