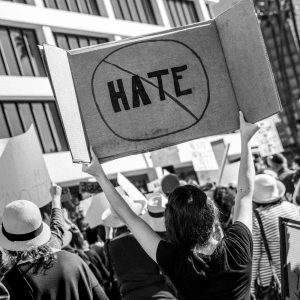 Red bumps were heavily sprinkled upon the woman’s arm. Lines were tattooed, as she rubbed her hand back and forth. It was was easy to identify what the woman had. It was the same as the two before her. She had scabies, a contagious skin disease that is explained by mites burrowing under the skin causing intense itching.

At the time of this outbreak, I worked at a clinic as a doctor for a remote village in Bangladesh. As many people in this village obtained scabies, I started to get really interested in the disease and decided I wanted to learn more about it. That is when I found out that there was a doctor in Dayton, Ohio who was researching scabies. With excitement coursing through my veins I applied to Wright State University, where that Professor was studying. Getting in was a dream come true for me. Applying for a student visa at the United States Embassy in Bangladesh was no different, not to mention actually getting it. With everything set for my stay in America, I boarded the plane headed toward my future.

Walking past through customs and to the conveyor belt which circled around and around with all sorts of colorful luggage, I reflected to myself about the airplane ride. Cramped seats and babies crying hysterically was not an ideal way to spend several hours. Looking into the reflection of a window, I could see dark rings around my eyes, but it was worth it all as I was finally in America.

Clutching my luggage, I followed my brother who had come to pick me up, into an icy Michigan street. A cold gust of rigidness met up with me as I hustled to get to my brother’s car. Something white ambushed me. Wet flakes gathered in the hood of my jacket and short, jet black hair. Snow stuck to my glasses like little magnets. Contrasting to my former reality of sweat dripping off my face, it was unique and unfamiliar, which described my first day in the United States perfectly.

The days and years that followed were spent studying at the university and following the advice of my dad. He always said that “you should work, be honest and smart…whatever job is given to you try to do your best. If you just keep doing it, then gradually you go up and you will find friends or a boss that like you.”

But there was this problem that I could not work on a student visa, so I did not have a lot of money while going to school. Working toward my green card helped with that, as all the hard work was worth it. Once I got that green card, I could easily get a job. I could have worked as a taxi driver or a low-income job like my countrymen got before me. I wanted to work as a doctor in medicine and to do that, I had to get my master’s degree and Ph.D.

With my Ph.D. in mind, I interned at a pediatric hospital. I had to pass this one course to be able to move on to get my degree. But day after day I was harshly treated by my superior doctor, who was usually friendly to everybody else. No matter what I did, I could not pass the rotation, but when I was done and went back to my regular superior doctor, he was surprised! He considered me a nice person who cared about his work. He was able to send me to a different hospital to pass the rotation, which I passed without a hint of discrimination.

Eventually, I managed to get my master’s degree and Ph.D. With seven years of hard work behind me, I was hired. I quickly found out that some of my patients were suspicious of my skills because I was not born in the United States. But if they were willing to give me a chance, I would try to change their minds on foreign doctors and succeeded as they allowed me to do it.

I have noticed, in the many years of being in America, that patients who come in and discriminate against me, they were doing it based on their political views. This started to happen when the political parties began to hate each other more. In 1985, people were friendly, no matter their political views. But today there is a big difference in Democrats and Republicans, if they are friends, their political views keep them separated from their day to day lives. There is a lot of hate, which I have been surprised to see, along with discrimination. Seeing that difference, from the past to the present, makes it more evident, although America is much better than other countries. I did not expect to see the country go this way, with division and hate.

This story is based on an interview by Schweitzer Madeleine, a student at Palo Alto High School.