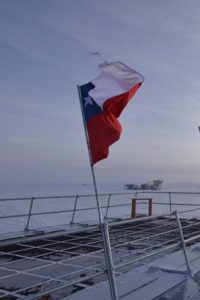 My mom is only technically an immigrant. A newborn in 1962, her family moved to Upstate New York when she was only seven months old. During the interview with my mom, I asked her if she ever wanted to go back to the Philippines. I already knew the answer.

The real story starts with my grandmother. When she was a young child, she got caught up in the Japanese occupation of the Philippines. To give context to how bad the situation was, one story my grandmother had heard was about a survivor of one of the executions. The survivor was a woman with long hair, who was going to be executed at the end of the day. The Japanese soldiers at that point were tired, and they weren’t as effective at chopping people’s heads off. When the survivor was brought to behead, she managed to leave, only gnashed on the back of her neck, as her hair was too thick for the blade to decapitate her.

When my mother’s family fled the Japanese troops, my grandmother dropped her favorite slippers. She cried to her mom to get it back, but her mom told her she was going to die if they go back for it. When fully under the Japanese occupation my grandmother recalls many bombing raids, where she had to hide under the piano. The situation economically was so bad, that at that point, they used the old currency to patch up holes in the wall.

However, my grandmother was lucky. While she did have problems in her childhood, it was considerably worse for my granddad, who suffered the worst of it living in the Bataan Peninsula. At this point he refuses to talk about his time during the war. Both of them managed to survive their ordeals, and ended up becoming staying fairly well off afterwards. My grandmother was an intelligent middle class city dweller, while my grandfather lived rurally as an educated member of his family. They both became doctors, and lived fairly rich lives, with servants and property. Then, in 1962, my mother was born. Realizing that the Philippines was not the best place to raise a child, they left when my mother was only seven months.

They first lived two years in Nyack, a town in upstate New York, then to North Jersey for another two years, and then to Trenton for the next nine. During this time, her four brothers, whom she had an aggressive relationships with, were all born U.S. citizens. One example she recalled was when she got into one of her usual fights with one of her brothers. While pinning her brother down, she got hit in the nose. When blood started dripping from her nose onto her brother, her mom yelled at her, only for my mom to run into the bathroom crying “IT’S MY BLOOD!”

Where her family finally settled, it was in Princeton, a well-to-do town with a college of the same name. My mom started in the public high school system, where she made a good friend, who was Japanese. When her dad found out, he talked about how the Japanese killed his people. While my mom understood where he was coming from, she knew that her friend had nothing to do with the genocide, and was not discouraged by her dad.

She only spent three years in Wellesley, as she finished the necessary classes early. However, she regretted it as she did not take Art History or Japanese, which she really wanted to take her senior year. However, the most important part of her Wellesley experience was the Thursday nights at the student center, where live music would be played, where she met the person that would introduce her to my father, a student at MIT. She said if someone told her she was going to marry my father back then, she would have said “Hahaha, that morose nerd?”

At Northeastern University, she got her masters in accounting and started working for a large accounting firm. She eventually started to do smaller and smaller jobs, until she started to work for herself as a CPA. Soon, she moved back to New Jersey to take care of one of her brothers while the rest of the family was in the Philippines.

She soon decided to go to China, and spent a year teaching English there. She did not know Chinese well at all, and was worse at teaching English. A particular memory she recalled was the time she was asked by one of her Chinese friends if she were a spy, and she responded “No, my Chinese isn’t good enough.”

Soon afterwards she traveled to Japan to teach English. It was worse for her students there, as she later learned that the housewives she taught would leave her class in tears. She never learned how to be a good teacher, and she talked fast with no regard for her students. Her time in Japan was short lived, as it only lasted three months.

Afterwards, she came back to the U.S. to continue her accounting practice, when she fell in love with my dad. They married in 1990, after dating for only a year. My mom did the numbers, and it made the most financial sense.

My grandparents had only grown farther apart, and by that, I mean literally. While my mom was not paying attention, my grandmother had her change her ticket to a one way flight to the Philippines, and refused to leave after she arrived. My grandma declared that she would only leave if her eldest daughter, my mother, had a child. She was betting on the fact that because my mom was in her mid-thirties, she would never have any offspring. However, my mom gave birth to my older sister in 1999, and my grandmother had to come back. I was born three years later, in 2002. My mother and father have continued working in their respective jobs, my sister is off to college, and I am slowly inching closer to adulthood.

My mother and my grandmother are two distinctly different people. Both have their idiosyncrasies, and somewhat anti-social, but they come from two different cultures. Despite my grandmother’s traumatizing childhood, she loves the Philippines. She loves the property and the servants that do her bidding. My mother barely remembers the Philippines, and has always enjoyed living a life of independence. When I asked my mother if she would ever want to return to the Philippines, I knew exactly how she would respond.

This story was written and recorded by a student in Palo Alto.