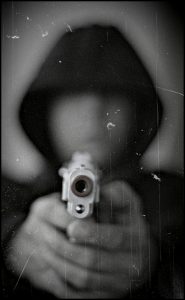 “ No, don’t take me I didn’t do anything”! Alberto screamed as the head drug lord threatened him to join their cartel.

Alberto, and his wife Dania were persecuted by the drug cartels in Michoacan, Mexico. Frequently the reason that people leave their roots, culture, and traditions in Mexico, is to m escape poverty and create a better life. However, Alberto and Dania, left Mexico for their family’s safety.

The Mexican drug cartels, have complete control by terrorizing those that live in their areas.  One evening, Dania and her family were strolling down the plaza, as they witnessed a couple of men in black gear harassing an old man at the steps of his home. The police, were watching from across the street but even the lives of police are threatened if they interfere.

On May 10th,  2014 members of the  cartel came to Dania and Alberto’s door and began yelling Alberto’s name. They gave him two choices…… either join the cartel or leave town.   They gave him a few days to decide and said they would be back to take him.

Alberto decided to leave early the next morning. On the day the drug cartels came back,  Dania didn’t open the door, so they would think that no one was home. Later, that day she took a taxi to Alamira, Michoacan where her husband was staying with a family member. They felt safe, but then one day they received a call from Alberto’s cousin warning him that the Drug Lord found out where they were and was going after them.

During, their stay at Alamira, Alberto worked at a small grocery store. One evening, he was working in the back when the cartel members burst into the store, yelling out his name. His co-worker told them, he wasn’t there and they left. Alberto was extremely frightened for his life. He talked to his brother, and the next day his family and he were on a flight to San Isidro to the U.S Customs and Border Protection immigration office. They asked for asylum in the US.

At the immigration facility Alberto stayed for the verification process. However, a guard told Dania that her children would be taken away and put into foster care in the US. She became frightened of losing her children and decided not to go on with the process. Instead she made her way to Tiajuana and she and the kids moved in with her sister-in-law. Later she moved, into a small room and began working at a factory nearby.

Every morning she walked with her children for about two miles through foggy white clouds and dropped them off to have someone take care of him.Then, after work, she would walk back with her children, holding her daughter’s hand while carrying her two year old son. The long night walks were the worst since there were no street lights in those areas.

One morning, on her way to drop off her kids, she spotted the body of a small boy laying against the fence. All of his organisms such as his eyes, lungs, heart had been yanked out and taken away. The murderers left fifteen pesos on the body, and a sign.  The sign warned all parents to take care of their children, or else they would be killed and their organs would be sold.

Dania had heard stories of many children that were kidnapped from their parents. Their bodies often appeared days later without organs.  She decided to return to the immigration facility and turned herself in pleading for asylum in the U.S. Dania, shared how her family was being prosecuted and how her husband already had been granted asylum in the US. By the next day, she was on a plane to the Bay Area, where she reunited with her husband at a Palo Alto community center.

Dania and Alberto have been living in the U.S for about two years now with their children, and they are slowly building roots for a better life. Both of their children are attending school, and they are receiving medical attention as doctors discovered they both suffer from a heart condition. Alberto, is now working in the construction field with a lawful work permit, and Dania is attending ESL classes and applying for jobs. The family, has gone through a lot of trauma in their lives but together they are trying to put the troubles behind and build a new life.

Dania and Alberto’s  names have been changed. Dania was interviewed by Maria Vazquez at her ESL class in East Palo Alto.