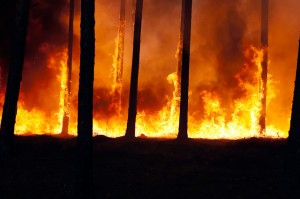 When I was 17 years old, I always dreamed about living in the United States. I lived in a small farm in Aguililla Michoacan, Mexico. In 6th grade, I dropped out to help my parents with the work around the farm. Being the oldest was not the easiest for me. I had large amounts of responsibilities. My parents were somewhat old so their energy was limited, so this meant that I had to do most of the parenting and work around the house.

I was sick and tired of living on a small farm. I had to take care of lots of animals in order for all 11 of my siblings and both of my parents survive with the limited amount of food that the animals produced. One day, when everybody was old enough to know what they were doing, I decided to conquer my dream.

I called a friend that knew shortcuts to go to the United States. This is his full time job, this is what he does. We met up in the woods and began our adventure. I told him that I will pay him a portion of the money now, and the other when I get to the U.S so my uncle can pay the rest. I decided to do this because he wasn’t a close friend and I didn’t want to risk him leaving me in the middle of nowhere.

We left on foot and walked through mountain ranges and deserts for days. He guided me through the way and made sure I was safe every step of the way there. The only things I took were the clothes I had on, another two pairs of jeans, and a bit of money.

I kind of planned my escape. The only thing I planned was leaving with my partner. I did not know how long it would take for me to get there. I faced a near death situation while crossing the border. When we were walking to the border near some mountains, we began to walk toward the woods. We began to smell the scent of burnt wood. We were now curious enough to go see what it was. We then saw that the smell was coming from the other side of the border.

When we saw that the coast was clear, we carefully dug a hole beside the border to dig our way to the other side. While digging, the smell started to get stronger, and stronger, until I had to cover my mouth and nose with my shirt. When we made it to the end, I popped my head out and saw roaring flames all over trees that were surrounding us!

We were in panic, we had to move quick. We had no other option than to jump through the flames. I jumped through and didn’t see my partner with me. My partner tripped and I had to go back through the flames. I saw him laying on the ground and ran black to get him. Once I grab his hand, we see a massive tree falling right above us that nearly killed us both. We were lucky enough to move out of the way. We then safely make it to the United States.

When we first arrived, I saw that there were many buildings in the busy city of San Diego. I then told him that I’ll pay for the cabs to Los Angeles. He then volunteered to pay for the rest until we got to my uncle’s house. I knew my uncle that was living in San Jose California. He was the person that is going to help me pay the other half to my friend. Once he payed the rest, my friend was on his way back to Mexico to continue his job as a Coyote. I lived in a small apartment with my uncle until I became a gardener. I liked this job. It gave me the opportunity to have the significant amount of money to live on my own. This was my first ever job in the United States.

I am now living in Menlo Park California with my wife and two kids. I am now the boss of a construction company. My hopes for the future are that both my sons go out and be someone in life to make me proud.

This interview was conducted by Junior Verduzco one of Arnoldo’s sons. He is a 9th grader in Redwood City.