Creating Something from the Ground Up (Taiwan) 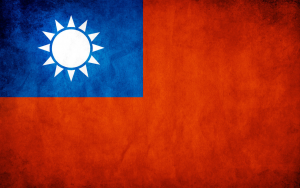 Grace (name changed) looked back one more time at the busy street; constant chatter among the neighbors, markets further down the street, with a foul stench only magnified by the humid air, a place she once called home. She was about to embark on a new quest, to escape poverty in Taiwan and travel to America, where her father had earned enough money for the rest of the family to be stable enough to immigrate. Having left when she was 6 months old, she did not recall any details about her father, and would finally get to meet him once she flew overseas. She would miss the extended family that she would have to leave behind, knowing that it would be at least several years until they meet face to face again.

From humble beginnings to a comfortable life, my mother was able to transform her life upside down through immigrating to America. My mother, Grace Tsai, was born in Yuanli, Taiwan in 1970, where she lived in a small house with her mother, father, brother, and paternal grandmother. My mother did not have a fortunate start to life, due to her family not being very well off, to the point where once, the family had only one egg to share between four people. The majority of this egg was given to my uncle, or my mother’s older brother, and my grandmother, while pregnant with my mother, usually had to resort to just eating porridge with soy sauce. As a result, this led to my mother’s malnourishment before birth and is the reason why she suffers from chronic health problems to this day.

Something needed to be done about the financial situation in the household, as Grace’s parents didn’t want to raise their kids in a poor environment. Addressing the financial insecurities the family had, her father had immigrated to America when she was only 6 months old in hopes of getting a better paying job to support the family. The rest of the family, including Grace, could only stay back and hope that this would improve their financial situation, or else a difficult life would likely await them.

Yuanli was a small town, where, unlike present day Palo Alto, the streets had open sewer systems. One time when Grace was walking down the streets, she accidentally fell into the sewer system, as a result covering her long hair with feces! Additionally, another difference includes that the houses were built very close to one another, often sharing walls, and the community was close in the sense that everyone knew each other inside it. A couple years passed after Grace’s father had left Taiwan, and her family was steadily becoming more and more well off financially, as her father had found a job as a chef in a restaurant in America and had regularly sent them money. In 1973, her family was financially stable enough to have the rest of the family, being herself, my grandmother, my uncle, and my great grandmother, immigrate to America, where Grace’s father would be waiting.

Grace was excited to be able to travel on a plane as well as being able to get to know her father. For three years her mother had described her father as a figure that wore a military uniform; every time she saw a person in a military uniform, she would excitedly ask, “Mommy mommy, look! Is that dad?” With all of those occasions ending in disappointment for Grace, she was overjoyed that the day that she would meet her father would finally come. At the same time, she was nervous, as she knew she was travelling to a foreign land that spoke a completely different language, and had different customs. Despite being excited, Grace was also very nervous to meet her father.

Arriving in Albany, California, a small town close to Berkeley, Grace had finally got to meet her father and was happy, getting to know him over the next few years. The day that they arrived was a strange one, as my mother and her family arrived on Halloween and were confused by the kids dressed in costumes knocking on their door saying “Trick or Treat!” When arriving in their new home, Grace immediately noticed how much larger their home was in comparison to their previous home and met her cousins, who were staying with them for the time being. The home was large enough to support 3 families, as two of her aunts and their families were living in the same house at the time. Transitioning to American academics proved easy; Grace naturally picked up on the alphabet with ease, just looking at an alphabet book and replicating the letters in it with perfect precision, each letter looking identical to how it looked inside the book. With her parents being away for the entire day and not coming home until 10 at night, Grace was completely independent in school, and was able to do well despite having no guidance whatsoever from her parents. What proved to be a challenge was living with two other families in the house. While she got along relatively well with her cousins, her oldest aunt who lived with her was highly critical of her. This was because she thought that Grace and her mother was more beautiful than her daughter and herself, causing a natural rift between the two families. One time, her cousin, son of the younger of the two aunts, bit Grace when she was very young, causing her to cry. The oldest aunt heard her crying and couldn’t help but mock her for being a crybaby.

Once her father’s sisters had moved out of house, Grace was relieved that she didn’t have to deal with the immaturity of the younger aunt’s son and the criticism of the oldest aunt. However, she was faced with an enormous amount of responsibility, such as having to make business calls that her parents didn’t know how to do because they weren’t fluent in English, as well as cooking dinner for her family starting at the age of 10, due to her parents being so busy. Grace was the one that had to clean up after everyone, and seemingly took more responsibility than either of her brothers (her younger brother born in America 5 years after she was born) but through this, she was able to overcome her childhood shyness, and grew to become more vocal. Through a balance of strong performance in academics, doing a large portion of the housework as a child, and helping her parents with the family business, Grace grew to be a successful young woman and was accepted into UC Berkeley, where she met her husband. Flash forward 30 years, she graduated from UC Berkeley and now lives in Palo Alto with her husband and son, leading a comfortable life, no longer concerned about money.

Through immigrating to America, Grace was able to meet and get to know her father after his long absence in the first three years of her life. Because she was very young, she didn’t have too much sentimental attachment to Taiwan, but would miss the large extended family that she would have to leave behind. By being a young child of an older generation of immigrants, Grace had to take more responsibility than that of an American born child, due to her better adapting to America than her parents. As a result, this led to the significant loss of time in her childhood; she didn’t have much time to be a kid, due to her having many adult responsibilities. My mother is proud of how she was able to make a successful life for herself through immigration, considering how she started with very little. My mother’s story goes to show with hard work, the opportunity in America is endless and can change your life for the better, even from the darkest depths of poverty.

This story was written and recorded by a student in Palo Alto. Names were changed for anonymity.