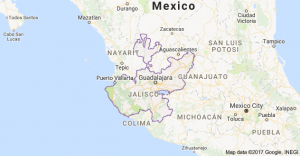 Jose Sahagun, 56, is a father of five children. I am lucky enough to be the youngest of those five kids and call him my father. Jose migrated from Jamay, Jalisco, which is a really small town near Guadalajara. He is now living in East Palo Alto, California as a construction worker for Anderson Pacific. Jose is a very hard working man and he never finds a way to stop working. Though he is not rich, he has always been able to provide everything for his family.

His hobbies include working outside of work on random stuff and going to Church every Sunday. He loves dancing and is always a very joyful person, even if something bad is on his mind. I chose to interview my dad because he always tells us stories about crossing the border, but I never really had the chance to figure out the meanings and events behind his migration. I took this as an opportunity to find out more about my family history and more about the choices my dad made. My father has always been one of my greatest role models that is why I wanted to know more about his story.

When Jose was in Mexico, he lived with fourteen other siblings in a small house with his parents. In Jamay, life was really hard for his family. His parents did not have much money, Jose’s diet was based on beans and sometimes not even that. The money his parents made was barely enough money to feed his siblings and himself. Because of these money issues, my dad and siblings had to begin working at a really young age. Even with the money they received, his family still did not have enough money to survive, which is the main reason that he came to the United States. One of the main things he remembers and misses most from Jamay is his family. He only gets to visit them once every one or two years which sucks for him because he is unable to create memories with his siblings. He still has a somewhat good connection with his siblings, but my siblings and I haven’t really had enough opportunities to meet his family from Mexico, which is what my dad regrets.

When he left Mexico, he kind of left all of those traditions there and we don’t really follow them anymore. Even though my siblings and I received a much better education for a much cheaper price, my dad sometimes regrets raising us here because we didn’t get to have close connections with our grandparents, family members, and many of the cultural values from Mexico.

It was Jose’s own decision to migrate to the United States because he already had two siblings here and they were doing much better. His parents needed help paying for rent, food, clothes, etc. and my dad wanted to help and make his own life better as well. That is the main reason he decided to migrate in 1979, at the age of 18. Jose decided to come to East Palo Alto because he had an uncle here who was going to help him get a job and give him a place to live. This uncle paid for my dad to get a coyote, someone who would help him cross the border safely. This coyote knew all of the roads, where immigration was, and where it was safe to cross. He was the person who got my dad through the rivers, canals, and all the hardships that they had to cross through.

The worst memory my dad has from crossing the border is when he was about to get killed by a train. He was riding on a train, but had to get off before the station, or else immigration would stop him, so he jumped off the train and ended up rolling off and getting multiple scratches and bruises. The experience of crossing the border was horrible for my father, just like it is for thousands of other people. Because of this horrible journey, my dad was only allowed to bring one shirt and one pair of jeans because he couldn’t carry anything while running or crossing through horrible rains. My dad also didn’t bring anyone with him because he did not want to risk losing anyone. Even though crossing the border was horrible, it was completely worth it.

When he arrived with his uncle, he got a job right away at a nursery because his uncle knew the owner. Jose explained that the money he got paid here was more than enough and he even had extra, which he never had when he was in Mexico. The hardest change he went through was having a lot less freedom than the one he had in Mexico. In Jamay, he would always hang out with friends after work, but here in California he couldn’t because everything was based on traveling by car and he did not have one. With the English language, he adapted pretty quickly because the people at his job talked a little bit of Spanish and therefore taught him some words little by little. Even with these obstacles, Jose had it better than many other immigrants had it when coming to the United States.

My dad’s life has been pretty decent here in California. He has raised five kids, owns his own house and has had a consistent job for a while now. My dad loves going back to his hometown, but would not return to live there. He loves being able to spend time with his family and misses them every time he is not with them. Although he misses them, my dad knows it is best to stay in California because there is a better economy and it is much better for my siblings and I. He does regret us not having a strong connection with our family, but he would not change that because we have a much better life. In the United States the education is so much better and he wants to make sure that we get the education he never got so that we could have better lifestyles than he did. My dad puts his family before himself, and now that we have all been very successful, he doesn’t regret a thing.

This story was written by Jose’s daughter, Lupita Sahagun, a student at Eastside College Prep in East Palo Alto, CA.