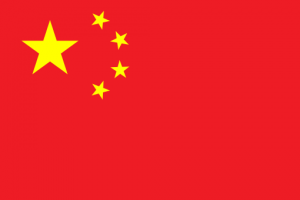 What was your family situation like where you were from?

Respondent: My family was large and wealthy. My father was employed in a public office, which meant that he was in a position to provide for a large family.

What was your family situation like then when you came here?

Respondent: My family faced a political tragedy as my father was targeted for atrocities committed by the government. It was difficult for him to leave the nation as he was wanted by the elite that wished to overthrow the government along civil lines.

Do you feel you emigrated legally or not? Explain

Respondent: Yes. The reason is because of the student visa that I had attained prior to the civil war in my nation. Yet, I had to apply for citizenship later on.

Would you characterize your immigrating to the US as highly positive or something else? Please explain.

Respondent: The migration had a positive impact, because of the safety that came with it. Furthermore, I had family friends which made it easy to settle in the nation. However, I was homesick for the first few months.

Why the US?? Why not other countries like Canada or other nations?

Respondent: The US was top of the list because of the family relations and the safety against reprisals by local governments in the diaspora with ties with our foes in China

Have you ever thought about going back to the country you emigrated from and living there again? Why or why not?

Respondent: I admit that the first few months and years were difficult not thinking about going back home, because of friends and family. However, I adjusted with time to accept America as my home away from home.

What is something that you regret after moving to the US?

Respondent: I regret not knowing how to make cuisines from my home country as I cannot find restaurants here that match the taste

What do you think about the ways immigration or immigrants to the US are portrayed today? Is it similar or different from your experience?

Respondent: Immigrants have it easy compared to us in the 1960s. The rights of all persons have improved to include suffrage rights and access to law

What relationship if any do you feel you have with people currently immigrating here?

Respondent: I have a formal relationship since I help immigrant students to select the right school and adapt to the new environment

Did you have plans to continue or further your education as part of coming to the US?

Respondent: Yes. I had plans to further my studies because I was young and I had the funds to cater for the same.

Additional context from the Interviewer:

The first question I posed to the respondent was about his family situation in his country of origin. He painted an image of a family that was noble and popular in the city, because of the political engagement of his father in the 1950s. Furthermore, he emphasized the importance of the extended family, because he belonged to the second wife of his father. He maintained that wealthy families in Asia were polygamous, which created a sense of belonging to the siblings. Moreover, he adds that the family resources were shared amongst the members, such as cars or houses. The union within the family was special to individual members. However, he acknowledges the ban on polygamy that the communist government placed to control population pressure.

Secondly, I was curious to understand the family situation at the time respondent decided to migrate to America. He answered the question with a frown on his face to show the burden that he faced in the early 1950s. He stated that his father died and creditors confronted their mothers. Since the women were not at a capacity to come up with the debt, the creditors resolved to violence to pursue the members to give them their belongings. The respondent being a teenager at the time watched as his mother lost his belongings. One fateful day, some men came and threatened to kill his family. He had to fly to a family friend in America.  That friend was my grandfather.

Figure 1: A depiction of civil war in China https://thecoldwarexperience.weebly.com/chinese-civil-war.html

The third question focused on the legality of traveling to America. The respondent acknowledged the difficulty he encountered trying to access a visa from his home nation. The creditors of his family had a high social rank, which means that his movements in the nation were being monitored by government officials. He narrated a story of a political crisis. Therefore, his voyage to America may not have been legal at the time. Nonetheless, he maintains that he applied for the visa as a refugee from the China Civil War and received it the same year.

He remembers that he believed that his social status had faded away following his father’s demise.

He maintains that the best place as a haven was Europe or the US. He opted for the US, due to the close ties that my grandfather had with his family at the time. Also, he believed that the opportunities in the nation could provide a chance for him to save his family from the danger at home. He needed money desperately and the US seemed the best place to get some of it in the 1950s.

The eighth question was about the treatment of immigrants today. The interviewee maintained that the issue has improved as compared to the 1950s. He acknowledges the problems that immigrants have in the US but argues that legal entry to the nation helps reduce the issues. He talks about the right to vote, get a job, or build a business. However, he states that the imbalance in American society emanates from social life. The issue of racism is a cause for alarm and has its roots entrenched in modern society. He appreciated the tolerance of the youth and complements their families for giving them a modern upbringing.

The ninth question was about the relationship that the interviewee has with people immigrating to the US at the moment. He answered with the statement that he is actively engaged with immigrants as he is a social worker. Nevertheless, he points out the fact that he does not help refugees, but focuses on students from developing nations.

He had the wish to continue with his education after he arrived in the nation and enrolled in the University of Michigan. He explains that education has helped him build an American lifestyle that has a global perspective. He believes that a US citizen can survive in any other country in the world. Correspondingly, he associates access to education with his current work role as a social worker and education enthusiast. He wishes to raise people that believe in education and can help others achieve the same.