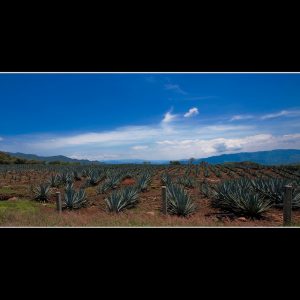 My mother, Cecilia Alvarez, is 56 years old. She was born in a ranch named La Joya in Jalisco, Mexico. My mom migrated from La Joya in Jalisco to San Bruno, California in 1981. After that, she moved to Long Beach, California, back to San Bruno, and then she moved to East Palo Alto, California, where she currently lives. My mom was a janitor for the county of San Mateo, but retired at the age of 51 because of injuries to her shoulders, her neck and her lower back, suffered because of the tough work that she did at her job. My mom’s hobbies are gardening and watching shows on the television, and she is interested in learning about the wilderness, and she is also interested in seeing shows about real criminal cases that happened all over the world.

In the ranch that my mom is from, there was a lot of trees, and there was a stream where they would wash their clothes and they would take showers. The house that they lived in was a simple house made of adobe, and it had three big rooms; one for the four sisters, one for the three brothers, and one for my grandma and my grandpa. The design helped keep in the heat during the winter, and it also helped the house become cooler during the summer, where it gets to temperatures of 80 degrees fahrenheit or above almost daily, with the exception of the heavy rainfall that happened every week or so.

The ranch was about 2 hectares, or 5 acres, and in it were some of the people that helped my grandpa with his farm work, in exchange for a house, plenty of food for their family, and some money. My grandpa was pretty wealthy in Mexico, and he used his money to help people that were in need. He was also very humble, and he worked hard to have what he had. My grandpa’s name was Merced Álvarez Sánchez. We are still in contact with many families that met my grandpa and were very fond of him.

My mom migrated September of 1981, so that she could have a little more freedom from her parents and live the life of a person in a city, which was very appealing to her since she lived her whole life in the ranch. What was keeping her from moving to the U.S. was that she was going to be alone, since she was going to be the first brother or sister of hers to migrate to the U.S., but she told me during the interview that she was not afraid of being on her own, since she believed that she was capable of being independent and free, something that was not seen often by Mexican women during that time. Most of the time, women were dependent on men to live well-off, but my mom wanted to make it on her own, without anyone to stop her from doing what she wanted.

My mom crossed the border in the trunk of a car, but she says that she had it easy compared to people today, who spend weeks in houses in the middle of nowhere, with only enough food and water, only to be abandoned and be robbed by the “coyotes”, having to make the trip over here alone and with very limited supplies of food, water, and clothing. My mom’s start was tough over here, as she started from scratch, and had to work hard to live. She had her first child at the age of 24, on November 1, 1985, right before her 25th birthday, and she took on the job of being a single mother, which is very hard and tiring. My mom worked up to 2 full-time jobs, just to be able to give to my sister what she deserved: food, an apartment to live in, clothes, and occasionally some toys.

My mom, even today, struggles to pay rent and deal with all of the expenses that comes with living in the Bay Area, one of the most expensive areas in the world. She is struggling to get accepted by Social Security to get her pension, which she fully deserves for all of the hard work that she did for 30 years, because she retired before the normal age, even though it was because of injuries suffered during work. My mom became a citizen in 2008, and she is an active voter, and she is accustomed to life in the United States. My mom does not want to live in Mexico again because she likes the United States, and she has nothing over there because they sold La Joya after the death of my grandpa in 2001. What she misses of her original residence was the fact that it was in the ranch, and today, she wants to live one day in a place that is more rustic, and in hills with a beautiful view, even though when she was young, she wanted to live in a city. What my mom most appreciates about living where we live is that I, and my nephews, can have many opportunities to do whatever we want to do, which would not be possible in Mexico. If we lived in Mexico, we would most likely live on a ranch for most of our life, and we would work there until we are very old or we decide to move on our own to a city, just like my mom did.

This story was written after an interview by her son, Diego Mora, a student at Eastside College Prep in East Palo Alto, CA.