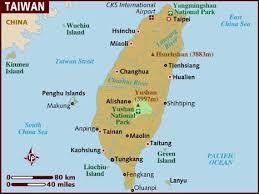 This story is based on the real life of an immigrant from Taiwan, who moved to Costa Mesa, California in 1967. Names have been changed for anonymity.

It seemed like a great idea at the time. The duck stood contently on a rock, gazing off at the burning sun melting into the pink-orange horizon. Or maybe just at some delicious seeds on the grass, I couldn’t tell for sure. And not three feet away lay the mischievous hands of two teenage Chinese boys looking for fun on a Saturday morning.

My brother Mike and I immigrated from Taiwan with our parents when we were just on the cusp of turning seventeen. Yeah, we were twins, each of us 5’8” with black hair, an unfortunate lack of post-pubescent facial hair, and a skinny build. And being twins had its benefits for sure. We’d work it out, so I’d always run the mile two periods in a row while my brother took two math quizzes. No, it’s not called cheating, it’s called the law of comparative advantage, shoutout to David Ricardo. Yeah, I took two Econ classes too. Anyways, we even had the same dreams of becoming a doctor living in the white-picket fence house, which is why we both applied to the same schools as well. Not all of our acceptance letters had been mailed yet (ahem Carnegie Mellon; though that was more of a joke for us anyways), but we both had been accepted to UC Irvine and were set on going there together to accomplish our dream like an awesome buddy-cop movie.

“On my marks… three…two…one…” I whispered to Mike, unsure whether ducks had ears (I probably shouldn’t have traded away that bio class come to think of it). “NOW!” We pounced on the duck like a pair of tigers and dragged the screaming prey back to our den; a 1960s VW camper van. After stalling several times (dear post-millennial readers: sticks are hard to drive, especially with a dying duck in the car) we managed to drive home and bring our prize back to our parents who cooked it into a delicious Chinese delicacy with perfectly fried skin, tender and flavorful meat, topped with succulent green onions and ginger soy sauce.

Who am I kidding. It was dry and gamey. Lesson: Don’t kill ducks.

The next day I came home on the verge of tears. As my brother and I were driving home, a group of kids from a neighboring school shouted a mess of racial slurs at my brother and me. It was completely out-of-the-blue, and thankfully I had a confident brother that shut them up.

I ran into my room and slammed the door behind me, choking back tears of anger and frustration. After several minutes of venting, I heard a soft knock on the door.

“Hey, Dave, are you alright?” Mike said in a soothing voice with just a hint of concern. I tried to quickly wipe my tears away to no avail, and eventually resorted to turning on the TV and faking more tears.

“We’ll always have Paris…here’s looking at you kid…” I retorted half sarcastically while sniffling a strange mixture of genuine tears from the kids, fake tears, and exactly one manly tear for Humphrey Bogart losing Ingrid Bergman.

Mike walked in. He was holding two manilla envelopes addressed to him and me.

“Those kids didn’t get to you, right? I’ll always be there for you bro.”

“Nah” I said trying hard to sound confident like he always could, “I just don’t get it. What do we have to do to be American and fit in like everyone else?”
“Dave, we are American. That’s the beauty of America. It’s not about where you came from, it’s about where you’re going. What’s in your future.” He waved the letters. “Speaking of future, we got some letters from Carnegie we can open if you feel up to it.” I nodded and took mine. I looked at the envelope and then at his, and then back at mine one last time.

“Why is mine smaller?” I grinned as I ripped open my letter, skimmed it for the words We’re sorry to… and after successfully finding them, tossed the letter into the trash can contently. I was going to UC Irvine with my brother, so it didn’t matter to me anyways.

“If only today weren’t Sund…” Mikes voice trailed as he pulled out his letter.

“Dave! I got in!” He waved his larger letter in front of my eyes, his smile stretching all the way to the corners of his face.

“Let me see that.” I snatched the paper from his hands and began to read it.

“This could change everything Dave…You know art has always been my passion since we were kids…” he spoke each word giddy with excitement and seemed like he could go on forever like a Christmas radio station after Thanksgiving. That is, until he saw my face.

“Dave”. I glanced at him just long enough to make eye contact before returning my gaze back to the ground.

“You’re not seriously leaving, right?” I mumbled, my hope fading with each passing word.

“NO!” I instinctively stood up with a ferocity that surprised me just as much as it did Mike. “Stop saying that! How can you say you’re going to be here for me when you’re trying to leave? Don’t you get it? Didn’t you see what happened today? I need you! Why are you so selfish that you’ll follow your own-” Mike turned away from me and shook his head.

“I’m the one who’s selfish? You’re a selfish, insecure, needy brother who-”.

Before Mike could say another word, I slammed the door on him and ran from the hallway, tripping over shoes as I ran out of the house. I tried to put on my sneakers, only to realize they were a size too small. Mike’s shoes. I hurled them onto the flat roof of our small Eichler house in my frustration and ran from the VW bus parked in our driveway, my bare-feet meeting the cold unforgiving asphalt. I ran from the familiar glow of the fluorescent overhanging lights on our street to the dimly lit park nearby. I ran from my problems and into the dark and endless void that filled the night and stretched into oblivion.

Then I ran from that place and into the local Tasty Freeze.

“One vanilla cone dipped please,” I asked as I handed over two quarters.

The guy working there promptly made my midnight snack and handed it over the counter with a paper napkin. As I walked back home, licking my cone, I thought about what I would say to my brother. You know, remember the neighbor with a Ferrari who was a doctor? That could be us if we went to Irvine. Remember the neighbor with a Ferrari who was an art major? Me neither. I shook my head and quickly wiped the mock conversation from my head. I turned the corner and took another bite from my cone.

That’s when I noticed the flashing red and blue lights outside my house, the sirens piercing through the dead of the night. And my father, helplessly strapped to a stretcher, as paramedics carried him into the van. He passed away that night.

“Your father was very proud of you, Dave.”

I sat on the couch, my eyes glazed in the vague direction of the television set, unable to look at my mother. My emotionless face was a symptom of the soul-sucking void that now occupied the upper right region of my chest. “I know you and Mike are going through a difficult time, but your father would have wanted you two to fight it together.” My eye twitched, which apparently satisfied her active-listener signs enough to continue. “He told me about the whole college thing. I don’t know what to say except that you two should figure it out. It’s what your father would have wanted.” She made an effort to smile. “He may not be here with us anymore, but he’ll always be there for us.”

Everybody has that moment in life. For some people it’s when they win the lottery, for some when they graduate, for others when they get an A in a class. For me it was hearing this one simple line of dialogue that resonated with me to the very core.

“Mike, I need to talk with you,” I knocked on his door and walked into his messy room.

“Well, I mean, that’s like the same thing I said, flipping the order doesn’t change- “

“Dave, I’m really sorry about what I said earlier. And if you truly need me to be in Irvine with you so that you can feel like you belong, I would be happy to-”

I shook my head and interrupted Mike. Interrupting people is rude, unless it’s really important. This was important.

“No Mike, you were right. I was selfish and insecure and needy.” I sighed deeply. “Being a brother means that you want what is best for them. Even if that means letting them go.” A tear dripped down my face and one fell from Mike’s as well. I felt as though butterflies and an entire zoo escaped from my chest. The corner of my lip curled into a smile.

“We’ll always have Paris,” I said in a deep and alluring Bogart voice.

“Here’s looking at you kid,” Mike said through a grinning smile as he pulled me in for a hug.

I found my assigned seat in the sea of plastic folding chair and sat down.

“Yo, your brother’s doing the commencement speech” one of my friends said while pointing to the podium. I nodded and gave a reassuring wave to my brother as he stepped in front of the microphone facing hundreds of parents and families.

“First off, I would like to thank my awesome brother who helped write this speech”. Not just helped writing, but also helped listening to you rehearse it one thousand times, I wanted to add, which explained why I was only half-listening to the rest of the speech.

“…after moving to America we made friends and strengthened bonds throughout the years. But this is America, the land of opportunity. To start a new path, one must first leave the old. It’s not easy, walking away from such great and amazing people.”

I pictured all the unique people I had met in high school, their weird quirks and funny jokes, and all the memories we had made. All people I would likely never see again.

“But even though we may not always be here with one another, we will always be there for each other. Class of ‘75, we will boldly go where no one has gone before.” Chuckles rippled through the audience, followed by roaring claps.

So here I am, at UC Irvine, in the blazing SoCal sun, studying as a biology major with the dreams of becoming a doctor. My brother is on the opposite coast in the harsh East summer at Carnegie Mellon, studying art. I won’t lie, it absolutely sucked at first without him. But I knew that across those several thousand miles of interstate roads, cattle, Republicans and rest stops, my brother was doing what he loved most. And hey, that’s what life in America is all about. Meeting new people, exploring new passions, and making indelible memories all the way in between. And I wouldn’t trade it in for anything.

This story is based on an interview by Samuel Yang, a student at Palo Alto High School.