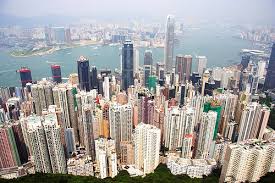 My grandparents soon discovered a unique social network in which they met most of their closest friends – group dancing at Mar Vista park every morning. Waking up early to attend the group dances remained their daily routine throughout the years.

Being able to achieve the American dream, the idea of equal opportunity for success among all, is the dream of many immigrants.  In search for his American dream, my grandfather, William Teng, reached the continent in 1997. William, who preferred to be called Bill, soon found himself in a plane landing in Los Angeles, California, where he would then reunite with his oldest son, who obtained a stable job in the city. 20 years later, his grandson, I, would write about his immigration story which led to my American identity.

Raised by his father who served in the Chinese military, my grandfather grew up acknowledging the importance of maintaining discipline. “Never talk back at your parents, never raise your voice at them, and always be helpful.”, he would often say. Originally from Shanghai, China, my grandfather spent all of his childhood as well as teenage years in the country’s biggest, most busy city. However, in his early thirties, seeing the potential opportunity he had in his newly developed business career, Bill made a bold decision to relocate to the global financial hub of the country – Hong Kong.

It did not take long for my grandfather to adapt the fast-moving pace of people’s daily lives. “Living in Hong Kong you would have to learn to be efficient, either at work, in business, just everything. Opportunities come and go, you either grab it fast or someone else will.”, he explained. Soon, after putting in massive efforts and working efficiently, my grandfather launched his own company after relocating to Hong Kong for just a year. Inventing and modifying large varieties of medical devices brought enormous success to the company, as well as wealth to my grandfather.

Of course, my grandfather, being in his early thirties during the time, had begun his future planning, which included both career and family. As Bill became increasingly successful with his medical devices business, he met a beautiful lady, originally from Shanghai as well, at a casual occasion. Susan, talented and caring, would later become my grandmother.

“You know, I always feel thankful that I’ve made the move to relocate to Hong Kong. The Cultural Revolution was terrible.” My grandfather said, slowly, as he recalled the memory. “Don’t get me wrong. Hong Kong was not as safe as you would think though, riots happened frequently on the streets… it was a chaotic time.” He further described with grief. Due to the unstable society as well as economic state, Bill started to look for opportunities to relocate, once again. However this time was not for his career, but for settlement.

In 1997, the opportunity arose. The EB5 Visa, also known as the Immigrant Investor Program, was a United States government issued visa program that would lead to permanent residence for individuals. Qualifiers were often wealthy investors and businessmen. “I saw this as the perfect opportunity, and I grabbed onto it, of course.”

America has always seemed like the ideal place to live, in my grandfather’s eyes. With all 5 of his and my grandmother’s children went off to college, the couple, holding the EB5 Visa, boarded the 14 hours plane to America. My grandfather began the new chapter of his life, as well as searching for his version of the American dream.

Transitions were not easy, not to mention the hardships that my grandparents faced immigrating to America from a country thousands of miles away. “We did not know anyone except Richard (my grandparents’ oldest son), but he was always busy with work so we were on our own.” However, my grandparents soon discovered a unique social network in which they met most of their closest friends – group dancing at Mar Vista park every morning. Waking up early to attend the group dances remained their daily routine throughout the years. Socializing while exercising, they expanded their social circle and most importantly, eventually overcame their language barrier and developed their sense of belonging to the community.

This story was written by Bill’s grandson, a student in Palo Alto, CA.