Away From Gangs (El Salvador) 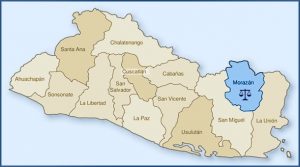 Yalitza (name changed) was born in El Salvador. She stopped going to school after third grade because her mom couldn’t pay the fees. She started working with her mom selling fruit in the market. When she was 16, she started working sewing clothes in a factory. She had me when she was 18. She worked hard so I could go to school. She had my brother when I was five.

She came to the USA mostly because she was scared for my brother and me. Our school was close to where gangs lived and she worried that something bad could happen to us in school. She heard that those gang members killed innocent people  She also wanted a better life for us because in El Salvador there were no good jobs and not much food. The health care was terrible. When she took us to the hospital, they never helped us.

She had a sister in the USA that helped us to come here. She paid the coyote. Our journey took two months.  We traveled on bus, three days in one and two in a second bus. We passed by Tijuana and stayed in a house that was very hot and they didn’t have anything to eat. We walked across the border. We arrived here in 2014.

Her first job was cleaning a big house with her sister.  She felt uncomfortable, nervous, and lost because she didn’t know any English and she didn’t know anyone in the city. Now we live south of San Francisco and she cleans houses here. She is happy with her decision to come to the USA.

This story was written after an interview by her daughter.