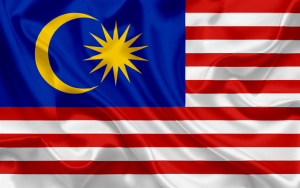 I just felt like America was a “land of opportunities”, and when I received a job offer that required moving here… I just took it. I don’t think it really sunk in until later, when I had time to process the fact that I was moving to a whole new country by myself.

Did you prepare for the move? If so, how?

I tried my best. I researched as much as I could about the area to which I was moving to, looked up pictures, all that. But I don’t think it really prepared me for what I would experience in person – it being that it was just so different and when you’re in person, it’s really different. You don’t see the weather in the pictures, you can’t feel the asphalt beneath your feet, you know.

What was the one thing that you could not prepare for?

I think…. the one thing I could not prepare for would be the difference in culture. Just the way Americans behave, compared to how we do – actions such as greetings, etiquettes, all those kinda things. Restaurant manners. All those threw me off. I found myself constantly having to check in with coworkers, friends. I had to watch people around me, see how they behaved.

Did you experience culture shock? In what way?

I did actually. I somewhat knew what to expect because I talked to you about how the place is and all. But it’s really different when experiencing it in real life. Like the cars having their steering wheel on the left instead of the right, so I had to get used to that. And also, like I mentioned before, it was the way people behaved. The norms that were built into this society were just contrastingly different.

It’s always hard moving to a new place. When I first got the keys to my apartment, it was empty. I just slept on the floor. I was worried about furniture, and how I would make ends meet by myself. I was thankful when your family joined me a while later, even though it was under different circumstances. The company was nice. I felt less lonely.

How long did it take for you to integrate into the community?

I would say it took a while. I’m not really a people person so I didn’t talk to the neighbors the first month or so. But I started hanging outside now, just sitting and reading and stuff. Sometimes I make small talk with the neighbors. My coworkers are very nice. I would say most of them are friends, we go out every once in a while.

Well, like I said, I came here because I accepted a job offer. So I was already secured on that part. I guess it took a while to get used to the new working space though. Especially since I knew no one that I was working with.

Normal. I haven’t experienced anything bad, really. I’m glad, actually, that things have been easy on that end. I want my experience here to be good. I haven’t been really discriminated against, I suppose, if that’s what you’re asking. San Jose, actually California, is a pretty diverse place.

What’s your favorite thing about America?

I guess the diversity. There are lots of people from different nationalities here that I meet on a daily basis. You can find a whole bunch of different restaurants with unique cuisines so I don’t ever get tired of eating the same meal every day. I usually switch it up and eat new things. Also, going back to the diversity in people, everyone here is different. They’ve all got their own style and their own way of living and I absolutely love it.

How hard was the immigration process?

It wasn’t easy, but it wasn’t extremely hard either. I would say that for the most part, it was tedious. It took a lot of back and forths, I had to visit the immigration offices multiple times. However, I’m finally a permanent resident here, so I would say it really paid off in the end.

Penelope is from Malaysia and she is a relative of the interviewer.  She arrived in the US in 2017. The interviewer is Melody Ng, a high school student in San Jose, CA.