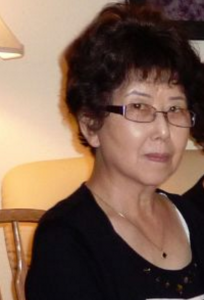 Photo of Y. L. Chew at her home in San Leandro, California, taken circa 2016.

Imagine a woman—40-years-old yet unmarried—in a country that does not recognize her hardships, a country only recently recognized by the United States. Imagine having lived there for her whole life, persecuted by nearly everyone around her, and known by no one in the journey that lies ahead of her. This was China in 1981, a year of great uncertainties and opportunities for Y. L. Shen.

Born in 1941 in Sichuan Province, Y. L. moved to Dalian, Liaoning with her family in the 1950s. The People’s Republic of China was just a country in its infancy, recently established by the nurturing hands of Chairman Mao. Three years later, she settled in Beijing with her family, consisted of her parents and four siblings. During that time, the capital Beijing—though a large city—was not as developed as it would become decades later. The general public owned no private cars, the average citizen earned no more than ¥30—approximately $18—monthly, and poverty struck the common person. Even having access to see—let alone use—a bicycle was considered a luxury for a privileged youth as her. Working as an editor at a publishing company in 1966, Y. L. was faced with the gradual yet unmanageable changes in her life. Her father, a hydroelectric engineer from Tsinghua University, was imprisoned. Her two younger brothers, one a top student and the other a diligent learner, were both denied the access to further education. Even her mother, a housewife, dared not to come out of the house they lived in for nine years.

It was during this time when she—an unmarried woman in her mid-30s—realized her disappointment in the communist government of China. Lasting over a decade from 1966 to 1976, the Cultural Revolution—a significant socio-political movement that swept through China—aimed to restore communism from then-in-power capitalists. The revolution tore her family apart, disrupted her work, and forced her into daily labor in faraway rural areas due to her family’s high socioeconomic status. As the Cultural Revolution wore on in the 1970s, Y. L. and her family continued to face intense persecution and discrimination from every corner of their lives. She was denied access to jobs, segregated in public, and pressured from acquaintances. Trying her best to cope with the abuses and hide her resentment, Y. L. knew, deep in her heart, that she needed to escape from the omnipresent oppression.

It was the year 1979 when Y. L., nearing forty, saw the great opportunity coming to her. The United States of America had just formed a diplomatic relationship with the People’s Republic of China. This international collaboration instilled hope and faith in her to escape the prolonged hardships of the past decades. Determined to leave this wretched place, Y.L. started saving money for the big day—the day when she would flee from China once and for all.

She knew this diplomatic relationship gave her the opportunity and safety for the inevitable departure. With months of careful planning and preparing, Y. L. finally saved ¥1,000—about $600—for a one-way airplane ticket. On a wintry day in November 1981, Y. L. boarded the train bound for Hong Kong, a 2,000-kilometer journey to an island on the other side of the country. There was no way back, and she looked forward to her week-long journey ahead. She knew that there must be no regrets, for she had been readying herself for this trip for months. She also knew that Hong Kong, then a colony of the British, was the only place that could take her to the final destination across the Pacific Ocean. After two weeks since she left Beijing, with just a one-way airplane ticket and ¥50 and in her pockets, Y. L. boarded her flight to the United States.

With the imagination of America as the “land of opportunities and fortunes,” Y. L. arrived in the United States with limited English and just $30 in her pockets. Had the government allowed, she would have saved and brought more money with her, but such was the maximum amount of currency any Chinese—rich or poor—was allowed to carry abroad. On December 12, 1981, landing on the other side of the Pacific in San Francisco, Y. L. found herself in a land of complete unknowns—unknown language, environment, and culture—with nothing—no family, friends, and relatives—around her. But what gave her strength to continue was the freedom—freedom to travel, work, and speak—that was, in the 1980s, unforeseen in China.

Eventually, she found her way to Madam Rao, a relative of her sister’s husband. Madam Rao offered her quartering at her home in Oakland, California. Shortly thereafter, Y. L. met Kam Chew, a coworker from her employment in China. She had fallen in love with him in China and married to him in 1982. One year later, their daughter, Dellea, was born. After taking care of young Dellea for nearly two years, Y. L. started learning English at Mills College and obtained her green card in 1985. As soon as she was able to work, she found her first part-time job as a babysitter. “I was so happy to get my first paycheck,” Y. L. recalled, “because it was too much money—an amount incomparable to the salary in China.” Since naturalized in 1990, she worked full-time as a chemist and retired in 2010.

To this day, Y. L. clearly remembered the words and actions of Madam Rao. “She always told me that we were not related,” recounted Y. L., “and cooked just a small bowl of noodles for the two of us.” She recalled that, everyday since she came to America, she cried—not because of nostalgia and homesickness—but for her then poor living conditions. “Ever since coming to America, I cried every day because, with just $30, how could I possibly sustain myself?” Decades later in the United States, Y. L. is still trying to assimilate into the mainstream American culture. She wants to forget her Chinese roots and proclaimed to herself, “I am not a Chinese, but I am an American!”

This story was written by Pang Shen, a student in Hayward.